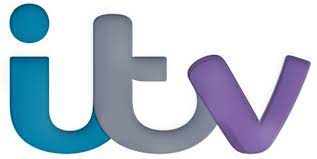 Investment bank Berenberg issued a negative report on ITV, the UK’s main free-to-air commercial broadcaster, saying that while ITV’s interim results were strong, the bank expects there to be declines in ad revenue, a severe decline in viewing numbers and greater competition from US streamers which will tap into ITV’s traditional advertising revenues.

Berenberg admits that it has been below consensus on ITV for some time. But the report sees the bank reduce its numbers even further. It advises clients to ‘Sell’ their shares and gives a target price of just 56p (ITV’s shares are currently about 72p).

“While Q1 was +12 percent versus the same period of 2019, Q2 was only +2 percent. A slowdown is already happening,” says the bank’s report. “We note that 79 percent of the absolute increase in total advertising revenue (TAR) from H1 2021 to H1 2022 derived from an increase in spend from the travel segment, which was still pandemic-affected in H1 2021, and thus down nearly 50 percent versus H1 2019 levels. By contrast, H2 2021 saw a strong recovery in travel ad spend, to a level that was well ahead (+29 percent) of the level in H2 2019. This suggests that the comparable will be much tougher in the second half.”

Perhaps even more worrying is that ITV is losing viewers. “Total ITV hours of consumption, across online and linear, fell by 16% in H1 2022, with linear down 17 percent being only marginally offset by streaming up 6 percent. This implies that the advertising cost per hour of ITV viewing increased by 25 percent versus H1 2021, and by 30 percent compared to 2019,” adds the bank.

Berenberg reminds investors that Liberty Global owns a 9.9 per cent stake in ITV. It says: “If a bid were to emerge from Liberty Global, this would clearly be positive for the share price and negative for our recommendation.”