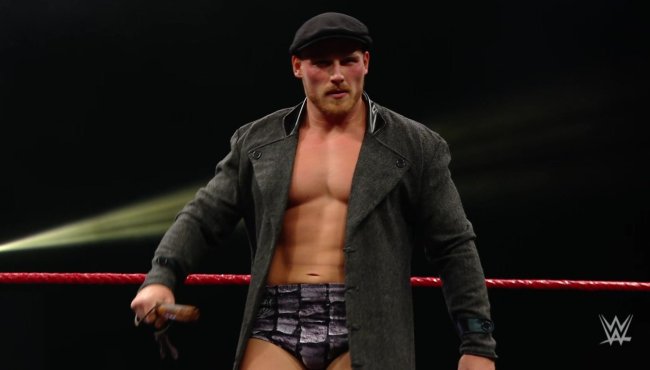 Ahead of WWE’s Clash at the Castle premium live event in Cardiff on September 3rd, British Superstar Ridge Holland has revealed how he feels about the company’s first stadium show in the UK for 30 years.

When were you last at the Principality Stadium in Cardiff and what do you remember about it?
I was last there in 2003 for the Challenge Cup Rugby League Final between Bradford Bulls and Leeds Rhinos. I remember it well because Bradford is my team and they narrowly beat Leeds Rhinos. So that was a good day! It is a truly special stadium…

How does it feel inside when it is full of people?
It is definitely loud. I can still remember when I was a kid how loud it can be, but I just think that it’s going to be even louder with the WWE Universe there because the UK fans go crazy and I really can’t wait to hear it. When I get the opportunity just to just walk out there and hear them all, you know, I can’t wait. They’re going to blow the roof off the place.

What should someone do or see in Wales if they haven’t been before?
I think just explore the historical side of it if you can. Cardiff Castle is amazing, I love walking around the Castle. Cardiff is a really young and vibrant town so, right by the Principality Stadium, there’s a street to the left filled with bars. You’ll be well cared for there.

As a Brit, what does it mean to you to have a WWE stadium show taking place on this side of the Atlantic?
It’s something that I probably never thought would happen. It’s just a massive opportunity to give back because of all the support from the UK fans. Everything we do that night, regardless of what happens, it’s an opportunity to say thank you. It is going to be absolutely electric. As the card continues to build, one match that has everyone talking is Roman Reigns vs. Drew McIntyre.

As a fellow member of the WWE roster, what should fans expect from it?
Fireworks. It’s going to be a knockdown, drag out, brawl. Drew is fired up for this one. Drew had a big part in pushing this event and he’s been calling for this to happen. He’s kind of taking this responsibility on his back. He holds it very near and dear to his heart. He is going to take it to Roman and I would love nothing more, even though we’ve got our differences, than for Drew to do the job over Roman Reigns.

Finally, what should fans look forward to at Clash at the Castle?
You’re looking at the best WWE Superstars in the world doing what they do best. Blood, sweat and tears. WWE Clash at the Castle airs live from the Principality Stadium in Cardiff, Wales, on Saturday 3rd September on Peacock in the US and WWE Network everywhere else.