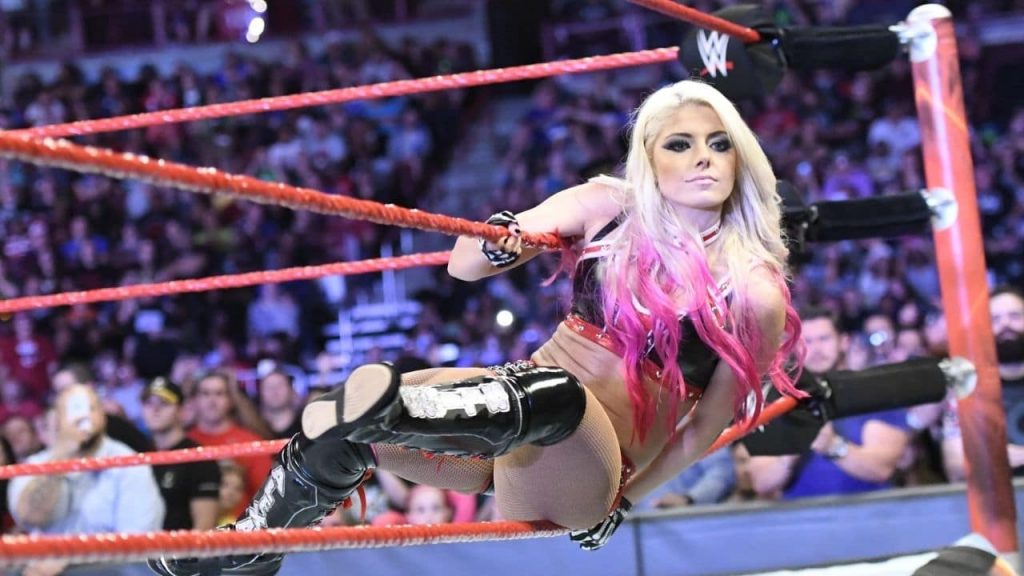 Ahead of WWE’s Clash at the Castle premium live event in Cardiff on September 3rd, WWE superstar Alexa Bliss has taken part in a Q&A, revealing which celebrity she’d love to see become a WWE Superstar and what she really thinks of Drew McIntyre, and more.

Clash at The Castle takes place on September 3rd from the Principality Stadium in Cardiff, Wales. What should fans look forward to?
A lot of fun, hard hitting action, and a great card. There are lots of good stories right now that are going to be leading to Clash at The Castle, especially with our new creative direction. It should be fun.

One of the big stories that has been developing is, of course, Drew McIntyre vs Roman Reigns. As a fellow member of the WWE roster, what do you think we can expect from this battle?
I’m excited to see that one. I’ve always been a big fan of Drew. He’s a dominant force for sure. I think he can definitely take Roman Reigns and what better place than Cardiff? I think it’ll be a really interesting clash… with no pun intended!

As a WWE superstar you get to travel the world. What are some of the favourite places you have visited with WWE and where else would you love to visit as a WWE Superstar?

I like traveling to the places where there are Disney [theme parks]! Mike Rome and I got to visit a bunch of the Disneys because we had shows in Shanghai, Paris and Tokyo which has been a lot of fun. My favourite place to visit is Australia, even though it’s a really long flight, I really like Australia. It’s pretty and the food’s always really good.

Logan Paul is really making waves having joined as a fulltime WWE superstar. Is there a celebrity you think would make a great WWE superstar and potentially a friend or foe for Alexa Bliss?
I feel like they have to have a big personality. We’ve already had some stuff with Cardi B but I think she would be a really good WWE superstar.