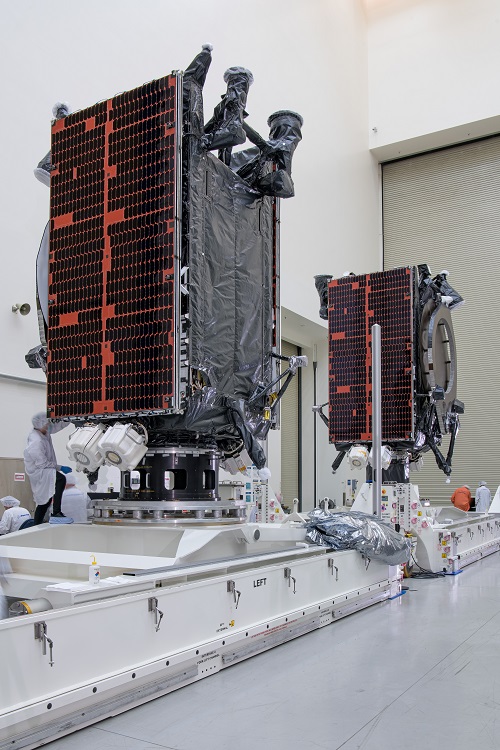 Aerospace company Boeing has delivered two satellites for connectivity service provider SES to their launch site in Cape Canaveral, Florida, ahead of the upcoming launch of the twin spacecraft on a United Launch Alliance (ULA) Atlas V rocket.

“SES-20 and SES-21 are the first commercial satellites we’ve delivered since the start of the global pandemic,” noted Ryan Reid, president of Boeing Satellite Systems International. “It was challenging, but we found ways to be responsive to emerging customer demands and timelines. As a result, we went from contract signing to delivery of two satellites in little over two years.”

The pair of all-electric 702SP (small platform) satellites are equipped with C-band payloads that will operate over the continental United States and help usher in the Federal Communications Commission’s 5G Fast initiative, which requires satellite operators such as SES to transition services from the lower 300 MHz to the upper 200 MHz of C-band spectrum for 5G mobile services.

The new Boeing satellites are designed and intended to enable SES’s continued delivery of its C-band broadcast and radio services as well as critical data networks services in the coming months. SES-20 and SES-21 are the 14th and 15th satellites built by Boeing for SES.

“The delivery of SES-20 and SES-21 marks yet another big milestone for our C-band spectrum clearing project in the US,” stated Ruy Pinto, Chief Technology Officer at SES. “Thanks to our trusted and long-term partner Boeing, we remain on track to migrate our customers to these new satellites so that we can continue to provide services seamlessly without disruptions.”

SES-20 and SES-21 went through rigorous environmental testing at Boeing’s satellite factory in El Segundo, California, including vibration, thermal vacuum, electromagnetic interference and acoustic testing. After arriving at their launch site in Cape Canaveral, Florida, the satellites will be encapsulated in their payload fairing for launch. They’ve already been integrated into a dual-launch configuration platform built by Boeing.

“This will be our third dual-launch configuration of 702SPs, so it’s a proven way to get more to orbit, and faster, for our customers,” commented Jim Peterka, Boeing’s SES-20 and SES-21 programme manager.