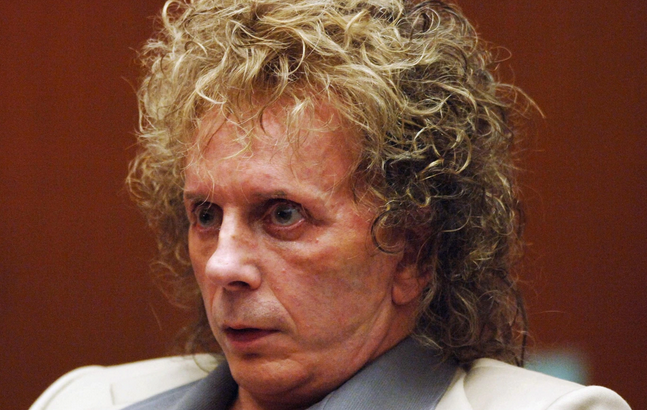 The newly commissioned titles for Sky Documentaries include: The Good Fight Club, which follows a young team of mixed martial arts fighters from South East London, training in one of the fastest growing sports in the UK, as they try to shape a brighter future for themselves.

Also announced is Spector, a four-part series unravelling the unconventional life and criminal conviction of one of the most influential music producers of the 20th century, Phil Spector (pictured). The force behind hits such as Be My Baby, Spector was convicted of murdering Lana Clarkson, a charismatic actress, whom he’d only just met the night she was killed.

Also coming to Sky Documentaries is Hurst: The First and Only which charts the extraordinary life of Geoff Hurst, the only player to score a hat trick in a World Cup final. Told by Geoff alongside football greats such as Harry Kane and Gary Lineker, this story reveals a life of exhilarating highs and little-known lows.

Finally, Intrusion: Stasi FC uses personal testimony from survivors and an extensive archive to tell the compelling story of how The Stasi, East Germany’s secret service, abused football to destabilise the last oasis of free speech in the country.

Meanwhile, on Sky Nature: Whale with Steve Backshall builds on the success of recent series Shark with Steve Backshall, and follows Steve as he embarks on a voyage of discovery into the most iconic, yet threatened, whales and dolphins across the Atlantic, Pacific and Indian Oceans. Together with world-leading scientists and conservationists, Steve will reveal what can be done to ensure their survival.

Secret World of Sound (w/t), also on Sky Nature, will use world-class audio technology to create an immersive soundscape and reveal new insights into animal behaviour. Often overlooked despite being the fabric of the natural world, sound will be at the forefront of this cutting-edge series and explore the impact it plays in the lives and evolution of the animal kingdom.

And on Sky Crime, Fred West: The Glasgow Girls (w/t) is a three-part true crime series that will unpick Fred West’s three earliest known murders. With criminal tendencies dating back to his little-known years spent living in Glasgow, this series – led by an all-female creative team – asks why these shocking signs were ignored, and how this period shaped the serial killer Fred West would become.

Poppy Dixon, Sky’s Director of Documentaries and Factual, commented: “From celebrating talented, young, underrepresented voices in an exciting growth sport, to asking uneasy questions about one of Britain’s most notorious killers, to using cutting-edge technology to listen to the natural world with new ears, we are thrilled to be showcasing such an innovative, thought-provoking and entertaining range of true stories on our factual slate”.