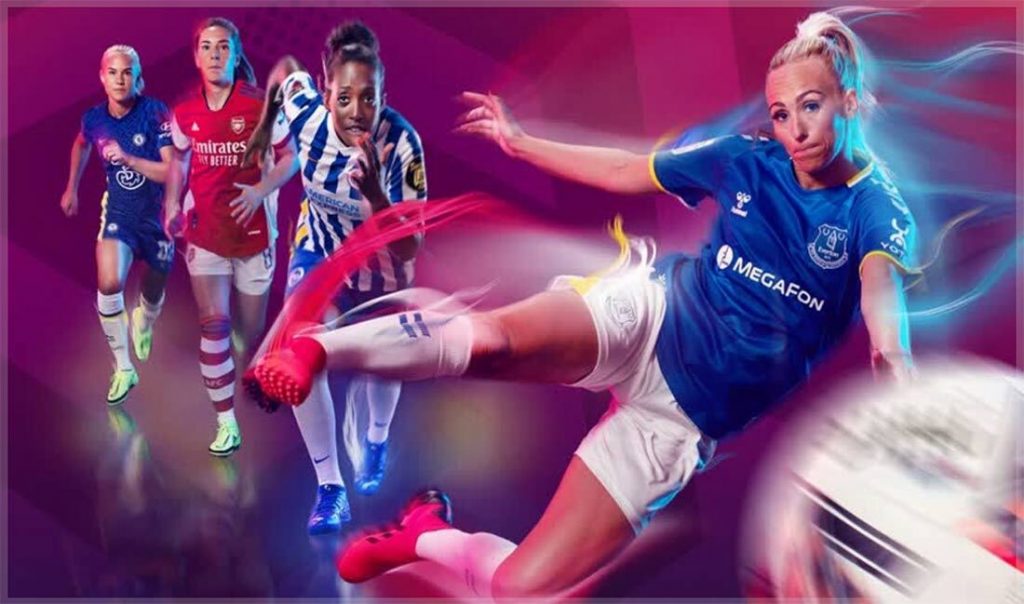 This season, Sky Sports will introduce multiple new features that it says will make this season’s Women’s Football schedule the most accessible yet, with opportunities to watch live, engage in new content and platforms to join the conversation.

After a 171 per cent increase in viewing vs the 2020/21 season, the WSL returns on September 10th live on Sky Sports. Following a memorable summer for women’s football, the return comes with a host of new ways for fans to continue their support for the game throughout the season on Sky Sports channels and more…

New to the 2022/23 season, the Sky Sports WSL TikTok account will be giving fans 360° coverage of the league and granting them exclusive access to their favourite players. Through fun challenges and interviews, along with behind-the-scenes footage, viewers will get to know the WSL’s array of personalities.

Also a first for the league, a new Snapchat Discover show The Dub aims to become the platform’s new hub for Barclay’s WSL content. Discussing the biggest news and breaking down the action, The Dub will deliver Snapchat users their weekly fix of the WSL and an opportunity to join the conversation.

Airing every Thursday on Sky Sports Premier League and starting with a Beth Mead special, Jessica Creighton will return with her comprehensive round up of all things WSL and Women’s football. Inside The WSL will continue to go beyond the pitch with exclusive behind-the-scenes access, in depth analysis, player and manager interviews and tackle the issues in and around the game.

Joining Caroline Barker and Karen Carney will be another of England’s all-time greats, Kelly Smith MBE, known for her spells at Arsenal and as England Women’s all-time record goal scorer. Smith will be offering her expert insight analysis to games alongside Sue Smith and others throughout the season.

Following the Lionesses’ triumphant win at the Women’s Euros, the players tell the story of their journey towards victory under the Wembley arch, as they cemented an everlasting legacy. A number of WSL players who were part of the squad tell their story, including Leah Williamson, Ella Toone, Keira Walsh and Chloe Kelly.

The season will kick off on Sky Sports with Tottenham Hotspur taking on Manchester United at 12:30pm on 10 September 10th, followed by Manchester City hosting fellow Women’s Champions League qualifier Arsenal at 7:00pm on September 11th.