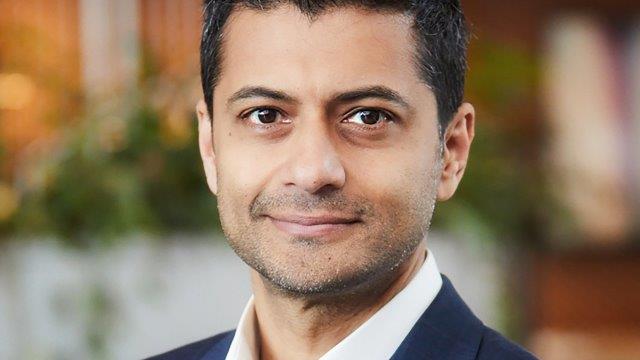 Freeview and Freesat operator Digital UK has appointed Samsung’s Deep Halder to the newly-created role of Chief Commercial Officer, as well as making a number of other senior staff changes.

Halder is currently part of Samsung’s UK & Ireland TV leadership team. At Digital UK, he will lead the development of the organisation’s commercial and partnership strategy. A key focus will be on consumer electronics and operating systems partners as well as retail and content providers. Partnerships are an important part of Digital UK’s business model: between Freeview and Freesat, the organisation works with more than 50 companies across content, devices and retail.

Halder has held a number of roles at Samsung – in strategy, business development, commercial, sales & marketing and general management – in the UK and South Korea. Before joining Samsung, he worked at a life-sciences and materials-sciences company in the Netherlands and before that at a web start-up in the US.

“I’m delighted that Deep is joining Digital UK in this important role as we think about the evolution of free-to-air television in the UK,” commented Jonathan Thompson, Digital UK CEO, said. “Building long-term partnerships across the industry has been a vital part of the success of free-to-view TV in the UK and will remain a key part of our future. Deep is a highly experienced exec with a long and successful career at one of the world’s leading technology companies and I’m looking forward to him bringing his experience and expertise to DUK as we move free TV forward.”

“Working for Samsung has been a fantastic experience and I’m proud to have played a part in the company’s success as a Top 10 global brand,” added Halder. “I’m now looking forward to moving to the other side of the TV business to lead the commercial activity for the UK’s free TV platforms in what is a fast moving, global market. I’m particularly looking forward to meeting all of the partners Digital UK already works with and hopefully forging some new relationships as well.”

As part of the senior management team restructure, Digital UK’s Finance & Legal Director, Eric Mitchell, is being promoted to Chief Finance Officer. Mitchell, who has been with Digital UK for over fifteen years, has been instrumental in multiple commercial deals and agreements, most recently for the launch of Freeview Play and Channel 5’s joining the PSB joint venture. Current Director of Business Development and Strategy, Simon Hunt, will step down from his role at the end of September following a handover with Halder. He will also hand on responsibility for the Product and Strategy teams, and will continue to support Digital UK in an advisory role until the end of the year.

Halder’s appointment and Mitchell’s promotion completes the process to put a new top team in place as the company adapts free TV services to keep up with changing viewing behaviour and better compete with global streaming services. The final team comprises Orf Warr as CTO, Sarah Milton and Carl Pfeiffer as CPO, Deep Halder CCO and Eric Mitchell CFO. Halder takes up his new role on Monday September 12th and Mitchell steps up as CFO with immediate effect.