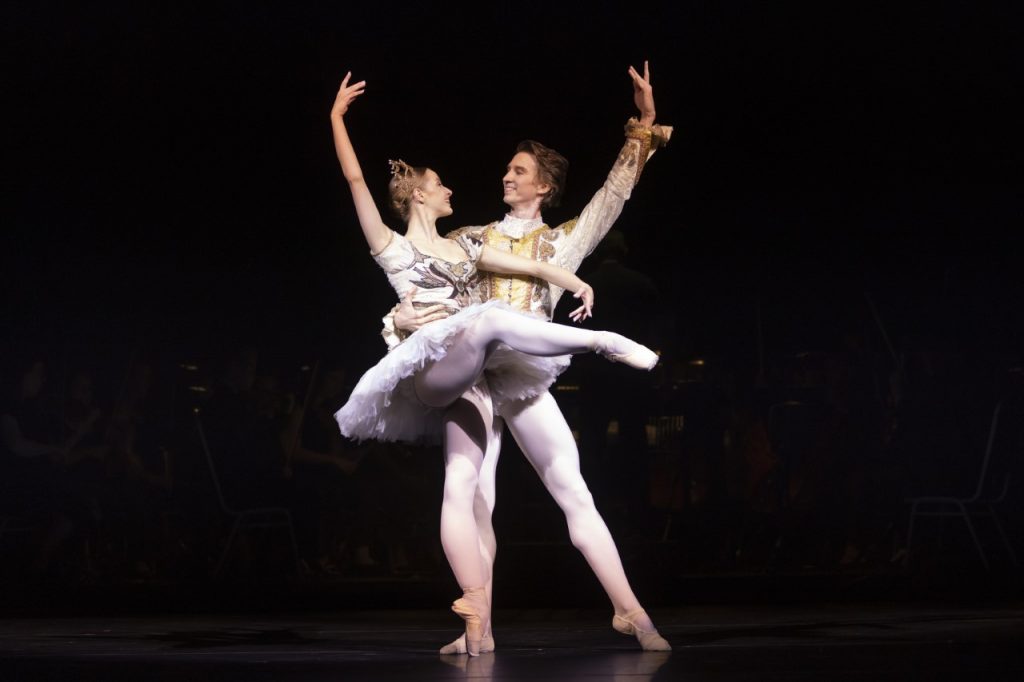 Marquee TV, the major streaming service for arts and culture, has partnered with Legends and Legacy Ventures in an innovative deal to bring Nureyev: Legend and Legacy exclusively to the platform on September 16th.

The one-off two-hour special, recorded at London’s Theatre Royal Drury Lane on Monday evening, celebrates the legendary dancer and global icon Rudolph Nureyev, who is widely regarded as the greatest ballet dancer ever.

Curated by ex-Royal Ballet Principal Nehemiah Kish and introduced by actor Ralph Fiennes and ex-head of the Royal Ballet, Dame Monica Mason, who both spoke of his lasting artistry and legacy, Nureyev: Legend and Legacy thrillingly presents highlights in Nureyev’s career performed by a cast of 22 international ballet dancers from some of the most illustrious ballet companies.  Viewers will be able to immerse themselves in the world of Nureyev, as Nureyev: Legend and Legacy features nine classical ballet excerpts showcasing the dazzling array of highlights from his transformative career, including Sleeping Beauty, Don Juan and Giselle.

Nureyev: Legend and Legacy will initially be made available to subscribers on a pay-per-view basis from September 16th for ten days before becoming available in October to Marquee TV subscribers as part of their subscription.

Nina Laricheva, CEO of Marquee, TV commented: “Marquee TV is delighted to be Nureyev: Legend and Legacy’s broadcast partner and to be able to bring this great evening to audiences around the world. The gala was a powerful reminder of Nureyev, the great dancer and choreographer. We look forward to welcoming new subscribers to Marquee TV’s unrivalled selection of dance performances – from classical ballet to contemporary including The Royal Ballet, BalletBoyz, New York City Ballet, Washington Ballet, English National Ballet.”

Nehemiah Kish commented: “It’s exciting to share our performance widely outside of London. Having come from a rural part of North America with limited access to the arts, I know how inspiring it can be to watch ballet from the comfort of your home. Nureyev did so much to popularise ballet with his early televised appearances. I think it’s fitting that we can share Nureyev: Legend and Legacy with audiences around the world.”

Each piece from the gala was chosen to represent a different aspect of Nureyev’s life and work, opening with a solo he choreographed for The Sleeping Beauty which showcases his talent as a choreographer and his impact on elevating the role of the male dancer by adding solos to the classical repertoire. It was danced by Guillaume Côté of the National Ballet of Canada.

Other extracts in the programme include a Pas de Deux from Gayane, which reflects Nureyev’s folk dance roots, danced by Oleg Ivenko (who played Nureyev in Ralph Fiennes’s film The White Crow) partnered by Maia Mahkateli; and the Pas de Six from Laurencia, which Nureyev staged with the Royal Ballet for a TV special in 1964, staged exclusively for this production by Natalia Osipova, who will be accompanied by Marcelino Sambé and four dancers from The Royal Ballet.