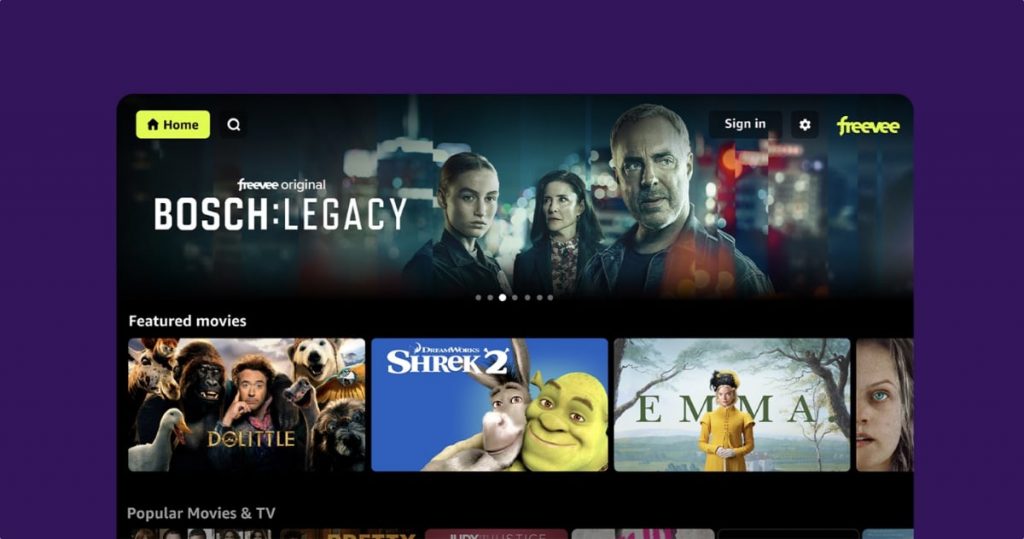 The last quarter has witnessed a multiplication of distribution partnerships, content releases, and major announcements when it comes to the AVoD landscape, reports Dataxis.

While Disney revealed last month the release date of Disney+ future ad-supported tier – on December 8th, starting at $7.99 in the US – Netflix finally announced the launch of its own AVoD offer, with a global release expected in the first months of 2023, and a plausible smaller release in the US and other territories by the end of this year. In addition, the SVoD giant announced in July that it would partner with Microsoft for the global advertising insertion within its future AVoD offer.

With Youtube (Google) and Freevee (Amazon) already well implemented in the AVoD landscape for years, the arrival of three of the remaining US media giants sets up a new stage in the transformation of the video market in the country.

Dataxis says that numerous signs had already indicated the acceleration of AVoD consumption over TV and, more recently, over SVoD: several surveys highlighted that AVoD has been outpacing SVoD in time spent for the last 18 months. The latest data collected by TVision at the end of 2021 stated that almost 30 per cent of households had more than 10 apps installed on their smart TV, a growing number dedicated to generic AVoD and FAST services. This report has been corroborated by Dataxis’ own discussions with executives from various AVoD services operating across North America and Europe, which emphasised a significant increase in engagement across every type of AVoD content, and a bigger potential when it comes to advertising insertion on connected smart TV sets (CTVs). In addition, a recent joint study conducted by DeepIntent and LG ads stated that 64 per cent of US CTV viewers would rather see ads than pay more for content, highlighting the important gap observed between an increasing demand for content, and the constraints of households’ budgets, which cannot stack infinite amounts of SVoD services.

This constraint has been especially understood by US regional TV networks, which had been facing a decline in their audience figures since the rise of SVoD, while struggling to adapt their business model to the digital shift, notes Dataxis. While SVoD was not particularly suitable for their content offers, revolving around local news, weather or regional sports, AVoD represents a tremendous opportunity to re-linearise their content online, especially through FAST channels. To catch up with a belated digital transition, regional TV networks are now heavily investing in CTV distribution and FAST re-bundling. In less than a year, Scripps Networks, one of the biggest regional TV networks in the US, multiplied the connected TV distribution of its FAST channels (Newsy, Ion, Court TV on top of them) by five, ensuring their availability through a wide number of devices and platforms.

While until now, the growth has mainly been driven by Youtube and its over-dominance in the AVoD landscape, AVoD revenues in the next few years are expected to be driven by the multiplication of FAST channels from traditional content owners, the re-bundling of existing content offers toward more ad-supported options, and a wider availability of these offers across the largest number of devices, connected TVs and platforms possible. Hence, while platforms like Roku or Samsung TV Plus are expected to become leaders of the FAST landscape due to their significant presence in the Connected TV market, a service such as Pluto TV could also manage to win on both sides, providing at the same time Paramount content through its own channels, and aggregating a growing number of external channels through distribution partnerships, leveraging on its massive reach.

However, advertising revenues will not be the only KPI to evaluate the efficiency of AVoD strategies. AVoD is increasingly seen as a way to better promote already existing SVoD offers and to increase global retention than just a way to diversify and increase revenues – especially in the FAST segment, where CPMs are growing quickly but remain low.