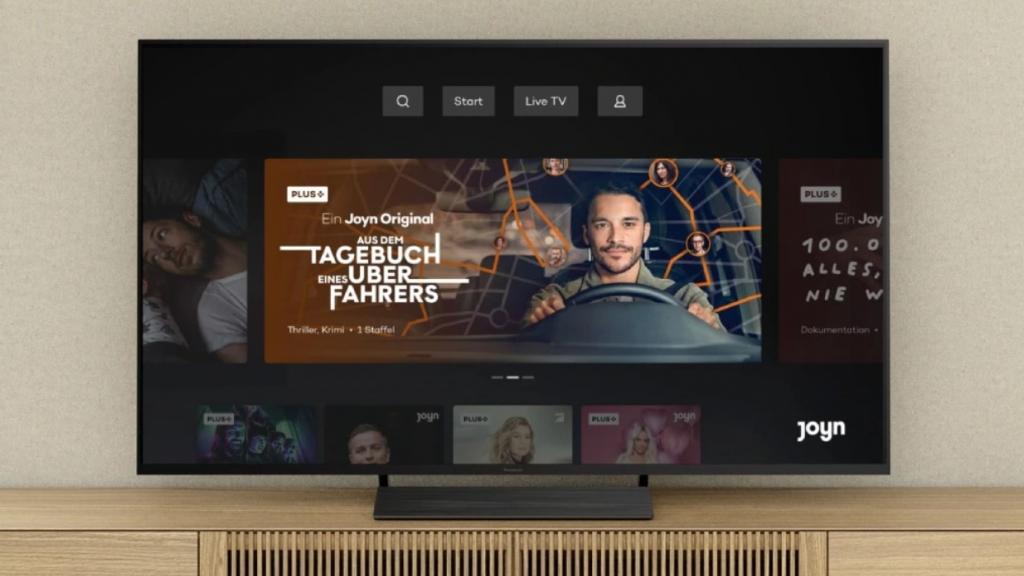 German commercial broadcaster ProSiebenSat.1 Group is acquiring the outstanding 50 per cent of the shares in streaming service Joyn from Warner Bros Discovery.

The joint venture was established with Discovery in 2017 and has been operating under the name Joyn since 2019. From day one, Joyn has focused on a strong, free and thus advertising-financed offering, as well as an exclusive subscription service.

With over 30 million app downloads and 4 million unique users per month, the German streaming platform has firmly established itself on the market after three years. In the future, Joyn will be transferred to ProSiebenSat.1 Media SE’s Entertainment segment as a wholly owned subsidiary.

Accordingly, ProSiebenSat.1 is making the streaming platform an integral part of its value chain and placing Joyn at the centre of its digital entertainment presence. In addition to content from ProSiebenSat.1 and other content partners, Joyn users will continue to have on-demand access to free, advertising-financed content from Warner Bros Discovery. Users of the Joyn PLUS+ subscription offer can also obtain access to discovery+, which entitles them to use the streaming service for twelve months. Antitrust clearance is expected from October 1st, 2022.

“By acquiring all shares in Joyn, we are continuing the digital transformation of ProSiebenSat.1 Group,” explained Rainer Beaujean, Group CEO of ProSiebenSat.1 Media SE. “With Joyn having launched as a pure streaming platform three years ago, we are now making it the first point of contact in our digital ecosystem and thereby benefiting from synergies within the Group. In line with our strategy, we are extending our reach, especially among young target groups, and creating new opportunities for monetisation. Full control over Joyn gives us the entrepreneurial flexibility we need.”

“In the future, we will place a sharper focus on interaction with and between users and community management,” he added. “Therefore, we are integrating our streaming platform more closely with our influencer business and our brands from the Dating & Video and Commerce & Ventures segments. The Group’s digital ecosystem also includes the single-sign-on registration service 7Pass with its more than 20 million registered users. Together with Joyn, it will enable us to address users even more targeted in the future.”

“Together with Warner Bros Discovery, we have developed Joyn into a successful and relevant player in the German streaming market, and are delighted that their content will remain available on Joyn,” added Wolfgang Link, Member of the Executive Board of ProSiebenSat.1 Media SE (responsible for Entertainment). “With the complete takeover, we are making Joyn the most important cornerstone of our digital content offering from now on – and we have big growth plans: We are further expanding our offering with local, relevant live content, thus successively increasing our marketable total reach and opening up additional monetisation opportunities – because we want to make Joyn the largest freely accessible streaming platform for premium video content in the German-speaking region.”

“We have many new programme highlights in the pipeline: In addition to more and more previews from our group of stations, Joyn will expand its range of live events and Joyn Originals with the stars of the very young target group and attention-grabbing reality formats such as Love is King and the impro series INTIMATE. In doing so, Joyn will remain an aggregator platform in the live streaming segment, and we look forward to new content partnerships.”

“As a result of the complete takeover, Joyn will be fully consolidated in the fourth quarter of 2022,” advised Ralf Peter Gierig, Member of the Executive Board & Group CFO of ProSiebenSat.1 Media SE. “As expected, the Group will initially be impacted at the level of adjusted EBITDA. Nevertheless, the Group still expects this year’s adjusted net income to be around the previous year’s level.”

“The adjusted net income effects will already be balanced in 2023, and clearly positive contributions to the Group’s adjusted net income will be generated from 2024 onwards. In the years to come, our Group will also be able to use income tax loss carry-forwards at the level of Joyn of well over €400 million, which could not have been utilised by us in this amount in the previous joint venture. With regard to dividend, this is important news for all shareholders.”