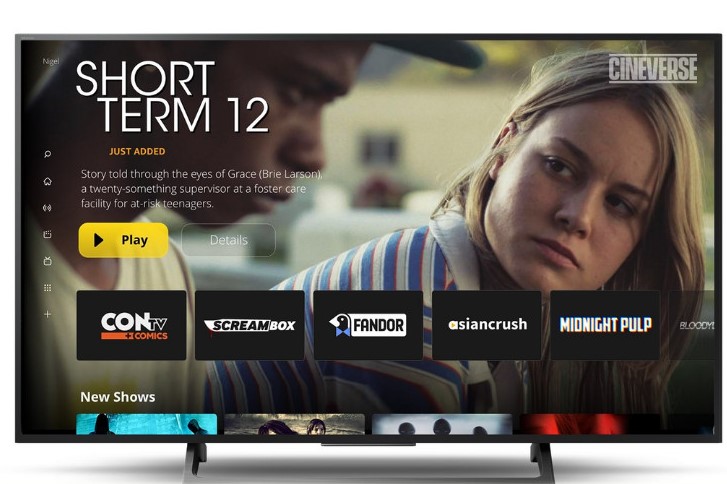 Available immediately across iOS, Android and Roku apps, Cineverse offers a film & television library that leverages next-generation technology to make it easy and intuitive for users to stream content.

Cineverse plans to add more than 10,000 additional films and television episodes by the end of the year and several hundred thousand more over the next three years. Cinedigm launches with entertainment content from its own streaming library provided by more than 600 licensors and expects to expand the licensor pool over the coming year.
Also, at the centre of Cineverse is a starting line-up of free, ad-supported streaming television (FAST) linear channels that showcase Cinedigm-owned and managed channels including AsianCrush, Bloody Disgusting, The Bob Ross Channel, The Country Channel, CONtv, CONtv Anime, Crime Hunters, Docurama, The Dove Channel, The Elvis Presley Channel, Fandor and Screambox.

Cineverse was built fully utilising the company’s proprietary streaming technology platform, Matchpoint. This platform provides the ability to scale up to millions of titles and millions of simultaneous users, AI-based content recognition and processing, and more. In the coming months, Matchpoint will bring new enhancements to Cineverse, including:

The Company plans on expanding application support for all major Connected TV platforms in the coming months, with Samsung, Amazon Fire TV, Vizio, LG, Apple TV, and Android TV apps coming to market over the next quarter.

Additionally, the Company has plans to expand consumer reach by distributing Cineverse on a white-label basis to Hardware OEMs, Telcos, Cable Providers, Theatrical Exhibitors and Retailers. The Company’s distribution team has successfully used this model to grow Cinedigm’s channel business, which is currently available on more than 1.1 billion devices globally. The company will also drive adoption of the service utilising its 87 million viewer base and app install base across mobile, CTV and social footprints.

“With the Cineverse launch today, we begin an important journey as a Company,” said Chris McGurk, Cinedigm Chairman and CEO. “Our mission is to build the Spotify of Independent film and television, with the largest library of film and TV programming in the world. Beyond that, our fantastic R&D team is working on tackling one of the biggest challenges in streaming today: how to make content discovery fun, easy and rewarding. All our streaming efforts over the last five years have led to this moment, and I’m excited to see us graduate into being an even bigger leader and disrupter in the high-growth streaming space.”

“When we set out to build Cineverse, we decided that we weren’t going to build another standard streaming service,” said Erick Opeka, President and Chief Strategy Officer of Cinedigm. “We took a deep look at the market and asked ‘What can we do to add value and improve fans and users’ experiences?’ What we found was pretty simple: people love choice but are increasingly frustrated with the chore of finding something to watch. While these precepts are simple, the technology to accomplish them is quite complex. Leveraging Matchpoint, our team has built a service that can scale to tens of millions of users and mixes world class hand curation with next generation search technologies. We plan on rolling these innovations out to our entire base of services in the coming weeks and months.”