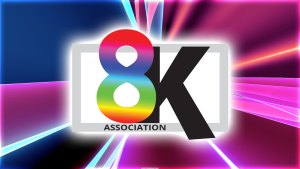 A report from the 8K Association (8KA) says that unless something changes before March 2023 then the sale of 8K televisions in Europe could be in trouble. If there’s no change, says the 8KA then 8K televisions will be – in effect – banned.

The problem is that 8K units use more electrical power and these new devices (and microLED units) will be prohibited. “That will have a very chilling effect on all players working to develop the 8K ecosystem, including consumers whose access to devices and innovation will now be restricted,” says Chris Chinnock of the Association.

Chinnock adds: “While the 8K Association supports efforts to reduce power consumption for the 8K ecosystem, we also support a common-sense approach to developing power consumption targets based on realistic assessments of technical advancements in this area.”

The EU’s rules are covered by an Energy Efficiency Index, and in 8K the rules match those of 4K sets. “The energy efficiency index (EEI) is calculated based on the screen area and power consumption. In March 2019, the EEI for 8K (more than UHD) resolution and microLED-based displays was defined, setting a March 1, 2023 date for compliance. These devices will be required to consume the same power as UHD (4K) resolution devices. We have confirmed that no current 8K TVs can meet this level of power efficiency and will therefore be banned from selling into the EU market,” says Chinnock.

Chinnock argues: “The limits for displays up to HD and up to UHD were set using verifiable statistics and sound scientific methods. The EEI limits were reasonable and distinguished between the performance of different display families. However, the same approach was not possible for displays above UHD and for microLED displays as they have only appeared in market after the regulation was developed. As a result, the limit for over UHD (8K) and microLED was seemingly arbitrarily set based on UHD display performance.”

Chinnock says the EU is not planning to review these rules. “We believe [a] review should be held, allowing for the presentation of data based on actual products in the market along with data to support how technology is likely to address the reduction of power going forward. The outcome of such a review could be a redetermination of the EEI based on actual data, a postponement of the EEI requirement for 8K and microLED displays, or confirmation of the current 0.9 EEI for these devices (with its negative consequences).”