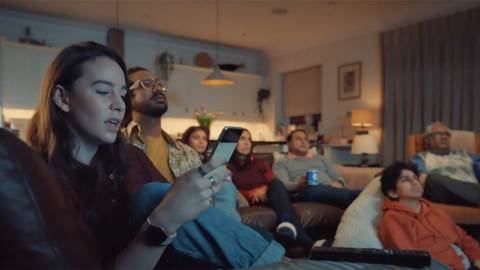 It’s been a decade since UK commercial TV marketing body Thinkbox’s first Ad Nation study exploring the differences in media consumption and perception between those who work in media and the average person in the UK.

Back then – and again in an update in 2016 – Thinkbox discovered a chasm between the media consumption habits of the UK public and media professionals. Has this changed since?

Thinkbox’s new Adnormal behaviour study answers this question. Based on a random probability survey by Ipsos of 1,158 people weighted to be representative of the national population, and a survey of 216 media professionals, it examines claimed attitudinal and behavioural data on TV content and viewership, device/platform usage, and perceptions of advertising. Key findings include:

Adland still isn’t quite aligned to the public

The media professionals Ipsos spoke to remain different from the public in terms of their media consumption:

Since Thinkbox’s original Ad Nation study, there have been a number of other ad industry studies – including Reach Solutions’ The Empathy Delusion and Newsworks’ Sample of One – that have sought to have a positive impact on media professionals’ ability to better estimate the media consumption patterns of the UK public. They appear to have succeeded:

Still some areas where media professionals are still out of kilter

Media professionals and the public have similar views on TV advertising

“Adland’s job is to understand the audience, and this new study shows that we’re heading in a better direction,” said Matt Hill, Thinkbox’s Research and Planning Director. “Yes, gaps remain – especially in perceptions and use of social media – but by and large adland has an improved grasp of what people are up to, particularly when it comes to TV. This study reminds us not to look at the world through the prism of our own behaviour.”

“While there have certainly been some changes in the way the UK public consumes media, TV content – and broadcast TV in particular – remains a dominant player,” added Hannah Whyte-Smith, Research Director in Media Development, Ipsos UK. “Despite increased penetration of social media platforms, TV remains the leading source for advertising that resonates with consumers – including making brands more famous and directing them toward a new brand, product, or service. As the cost of living continues to grow more challenging, we could see the public’s reliance on broadcast TV services deepen, with the potential to enhance its place as a key medium for advertisers.”