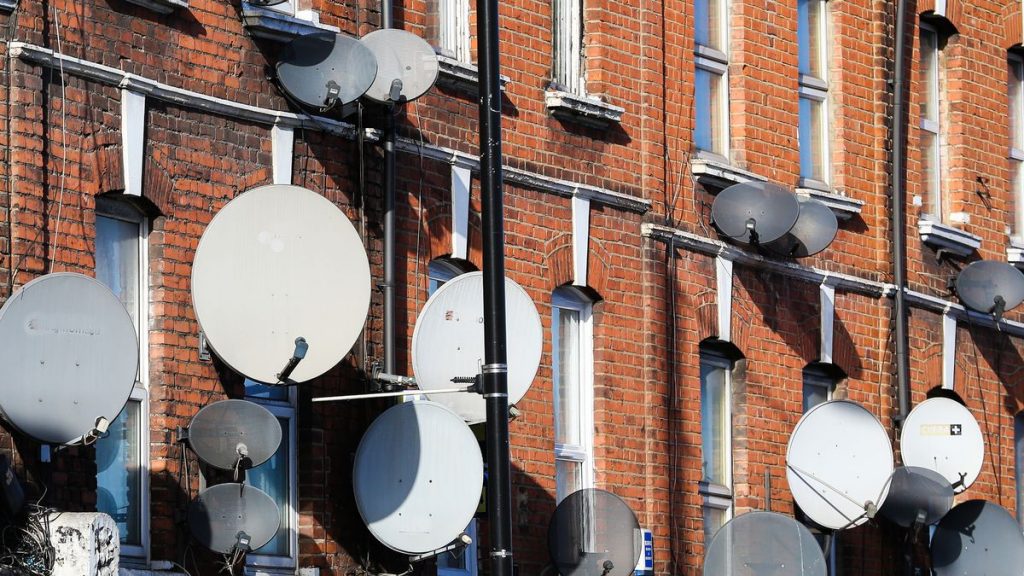 The satellite dish is symbolic of the television revolution that took place in un-cabled countries in the 1980s. This is particularly true here in the UK where the ‘Dish war’ between Sky’s cheap bird baths and BSB’s new-age squarials was fought out. Rupert Murdoch’s Sky was victorious but had to merge with the ‘enemy’ rather than crush it because of the debt mountain his Fox venture in the US had created.

The squarial was no more and, though they’ve become more discrete, Sky dishes became a multiple and ever-present feature of the UK landscape. But not for much longer.

For such a seismic event it was a strangely under-played press release that arrived first thing yesterday (28/09/22). It announced Sky Stream, a new way to buy the Sky Glass package via a box that connects to any TV. IE, Sky Glass without having to buy ‘the glass’ that is the screen in one of Sky’s underwhelming and overpriced TV sets.

If the low-key announcement was because Sky has done little to prepare its dish making and installing community for its winding down, then that is a shame. It says it will go on supporting Sky Q, and hopefully both its staff and contracted installers can be retrained for broadband infrastructure work with Sky or someone else.

The announcement was also annoying for two unconnected reasons here at ATV. We ran a story late on Friday about the end of the Sky dish picked up by Chris Forrester from reliable trade sources. We made it the lead, and Sky went tonto. They insisted it wasn’t true and we take it down if we couldn’t cite official sources. We obliged. You can now read it here.

By coincidence, on September 26th, after much foot-dragging I got around to cancelling a 20-year subscription to a full-fat Sky package. We’ve re-modelled an old house and did not want a dish back – I was convinced that by the time we finished, Glass would have become ex-Glass; I am not paying to replace a perfectly good TV for Sky’s convenience.

In a long online ‘chat’ with David at Sky, he tried every which way to persuade me to stay and (just doing his job) completely ignored every time I said: ‘No dish, not getting a dish’. We eventually agreed it was a shame the perfect solution, Sky Glass, as an untied streaming service, wasn’t available. I said I thought it couldn’t be that far away but… (little did I know).  Now, of course, I have Now and that will probably do.

So, farewell to the dish as it fades away to join Yagi antennas and TV tubes in technology’s historical Hall of Fame.