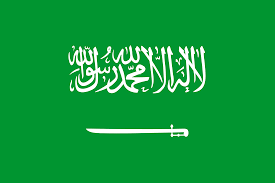 Saudi Arabia’s state news organisation says the oil-rich nation will spend an overall $37.8 billion  (€38.5bn) on the games industry. This amount will include around $13 billion on a “leading game publisher”.

The cash will come from the kingdom’s Savvy Games Group which is owned by its Public Investment Fund (PIF) sovereign wealth fund, one of the world’s largest.

A report from investment bank Exane/BNPP says the move reflects Savvy’s wish to become a major player in the video games industry.

In addition, Saudi Arabia state news said 2 billion riyals would be reserved for investments in “industry disruptors to grow early-stage games” and esports companies. Finally, 20 billion riyals will be invested into “mature industry partners” who add value and expertise to Savvy’s existing portfolio.

The bank’s note says that, if the report is accurate, the $13 billion acquisition figure, would be too low to make a bid on large publishers such as EA or Take Two but it could potentially secure a deal for most others.

The Saudis already have about $10 billion invested in the games sector.