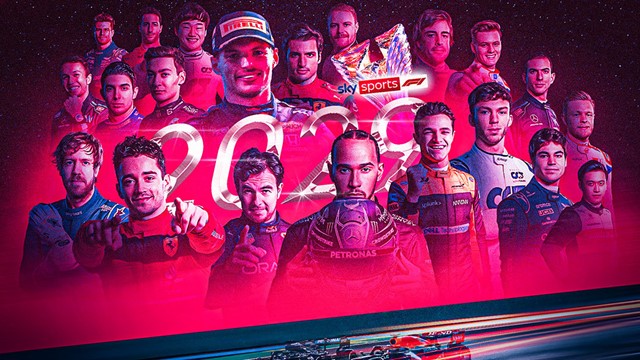 Sky has announced a new multi-year extension of its broadcast partnership with Formula 1, cementing Sky as the official broadcaster of the sport in all Sky markets. Sky UK & Ireland will remain the exclusive home of F1 until 2029, having first entered partnership with the sport in 2012. Sky Germany and Italy will retain rights until 2027 with greater exclusivity – with all race weekends exclusively live and home nation races simultaneously live on free-to-air.

From 2023, Sky Sports F1 viewers will get even more coverage and analysis from the likes of Martin Brundle, Jenson Button, Natalie Pinkham and Simon Lazenby. Fans can take control of how they follow all the action through an improved multi-screen and second-screen option, tracking their favourite driver’s position on the circuit or selecting a driver’s on-board camera.

“Every race. Every moment. Every twist and turn. All exclusively live on Sky for years to come,” declared Stephen van Rooyen, Executive Vice President & CEO, Sky UK & Europe. “Formula 1 continues to break records on Sky, with millions more watching than ever before across our markets, driven by new younger and female fans which is fantastic for the sport. More than 80 countries will continue to enjoy our world class analysis and content of one of the most exhilarating sports in the world.”

“We are incredibly proud of our long-term partnership with Sky, and we are delighted to announce that we will continue working together until 2029, a very important commitment from Sky,” added Stefano Domenicali, President & CEO of Formula 1. “Since the beginning of our relationship in 2012 we have both strived to bring the excitement, emotion, and drama of Formula 1 to our traditional fans while engaging new and more diverse audiences. Formula 1 has seen huge growth in recent years, and I can’t think of a better partner to continue to reach our fans with dedicated, expert and in-depth coverage. Sky not only brings fans live coverage but a range of behind-the-scenes access and content that brings F1 to life. We are hugely excited about the future of the partnership and the journey of Formula 1.”

“Since Sky joined Formula 1 in 2012, the scale and the quality of their F1 content has continually increased,” said Ian Holmes, Director of Media Rights and Content Creation, Formula 1. “This new agreement with Sky reflects our long-term partnership and shared ambition to grow Formula 1 to new audiences and markets. In recent years we have returned to historic venues such as Zandvoort, and brought in new and exciting races such as Miami and of course Las Vegas next year. I am delighted that Sky will continue to be with us through this exciting era of our sport.”

Through the partnership, Sky’s platforms are helping Formula 1 reach new audiences with its coverage, with more women tuning in than ever before this season and with audiences skewing younger than previous seasons across the majority of Sky markets. The 2022 season has already smashed viewing records, including: