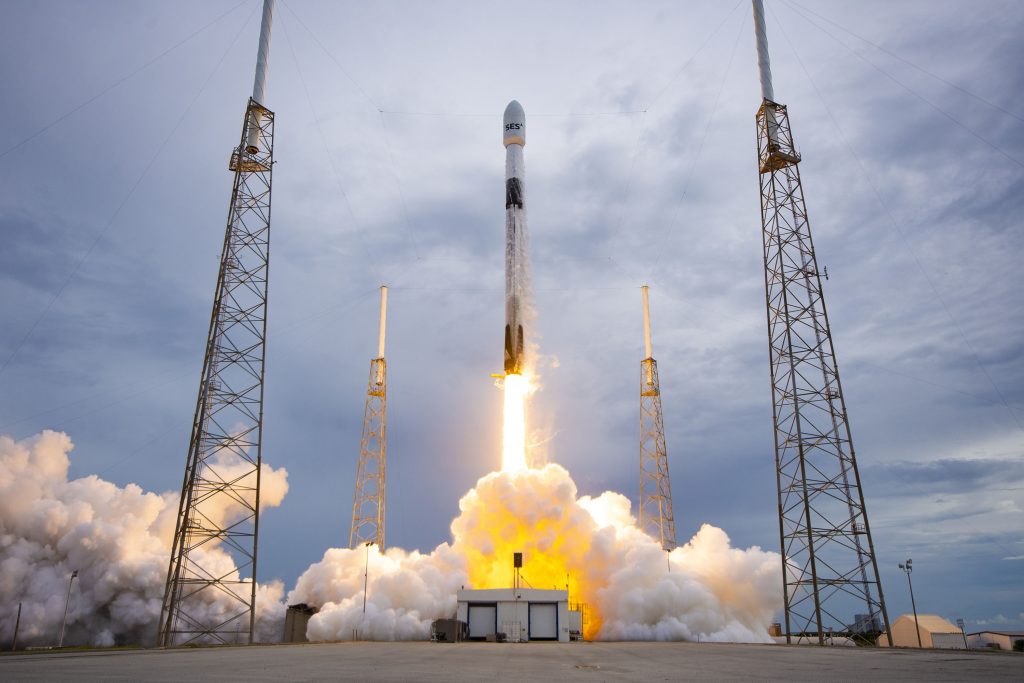 SES-20 and SES-21 are both Boeing-built all-electric craft and will be used to supply C-band television transmissions to cable and IP head-ends across the US.

The pair of satellites are part of the overall C-band agreement with the FCC. SES (and Intelsat) handed back 300 MHz of frequencies to the FCC as part of the FCC’s plan for 5G migration in the US.

The successful launch of SES-20 and SES-21 will leave just two other satellites for launch (SES-18 and SES-19) which are being built be Northrop Grumman. When the five craft are in position, SES will qualify for its compensation payment from the FCC which is due to be paid at the end of 2023.

“The successful launch of SES-20 and SES-21 will allow us to support our customers in delivering high-quality sports and entertainment to tens of millions of US households while delivering on our promise to repurpose spectrum to enable US leadership in 5G,” said Steve Collar, CEO of SES. “The second phase of our US C-band clearing activities is fully on track and we are grateful for the hard work of our partners at Boeing and ULA.”

“We’re excited to support our commercial partner SES in their C-band transition efforts to meet the FCC’s objective to deploy 5G service across the US Their mission aligns with our mission to connect the world and these capabilities will enable uninterrupted commercial services to many Americans,” said Gary Wentz, ULA vice president of Government and Commercial Programmes. “The Atlas V delivered the satellites accurately to a near-geosynchronous orbit 22,300 miles (35,888 km) above the equator. Thank you to the ULA team and our partners for ensuring the successful delivery of this multi-payload mission to orbit.”

“Our unique dual-launch configuration was again successful on this mission,” said Ryan Reid, President of Boeing Satellite Systems International. “That coupled with the ULA Atlas V’s ability to achieve an advantageous orbit enables SES to get these satellites into service in a matter of weeks. We appreciate the faith SES has put in our industry team to make that happen.”

Next up for the C-band scheme will be the launch of two Intelsat satellites scheduled for October 6th. SpaceX will launch Intelsat’s Galaxy 33 and Galaxy 34 communications satellites for Intelsat at 7:07 pm EDT from Space Launch Complex 40 at Cape Canaveral Space Force Base.