FOX Nation’s Christmas At The Greenbrier to debut on Thanksgiving 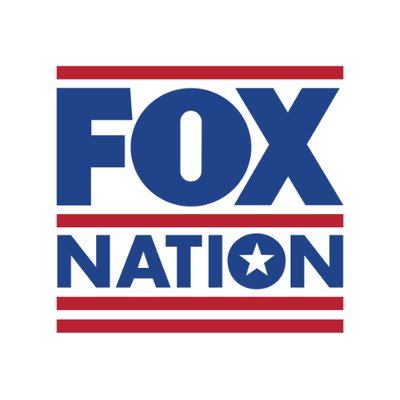 FOX Nation will offer its subscribers a new original Christmas film titled Christmas at The Greenbrier, Jason Klarman, president of the streaming service, has announced.

Premiering on Thanksgiving (November 24th), the second feature film from FOX Nation will be based at the iconic luxury resort, The Greenbrier, in West Virginia. The platform will also expand its library of holiday content in celebration of the upcoming Christmas season with several additional feature-length acquisitions.

Klarman said: “We are ecstatic to mark the upcoming holiday season with the release of our second original film and provide our subscribers with a top-tier offering in a genre we know they love. The Greenbrier was an ideal setting to bring this movie to life and we’re incredibly proud of the product.”

Christmas at The Greenbrier will feature Emmy nominated actress Alicia Leigh Willis, who plays a widowed mother named Abby, and Josh Murray, who plays a former professional football player Ben. The two, who dated previously but ended their relationship when Ben turned pro, unexpectedly reunite during a stay at The Greenbrier and spend time together enjoying the magical holiday activities that resort has to offer. Abby is hesitant as she has not dated anyone since her husband died and wants to protect her son Carter from another heartbreak. This forces Ben to do some soul searching to discover where his priorities lie, his career or true love.

Additionally, four festive titles will be made available on the platform beginning in November:

Country Roads Christmas: The daughter of a country singer finds forgiveness and love when she loses her job at a record label and is urged to reunite with her famous father as his road manager. (Dropping November 27th)

Christmas in Wolf Creek: After a runaway reindeer threatens the annual holiday play, a couple struggling to maintain their relationship must work together to save Christmas for the town and each other. (Dropping December 4th)

Christmas in Rockwell: A famous Hollywood actress returns to her hometown where she is enlisted to participate in a Christmas play which threatens her small peaceful village with the chaos of Hollywood. (Dropping December 11th)

The Wise Men Who Found Christmas: In this visual adventure that captures the wonder of the Christmas season, New York Times bestselling author and FOX News Media contributor Raymond Arroyo shares the true hidden story of three seekers who followed a star and found themselves in the middle of the greatest story ever told. (Dropping Decemebr 16th)

Beginning on November 29th, FOX Nation will also launch a special holiday promotion of 50% off all one and two-year subscriptions with the code “HOLIDAY”.

FOX Nation is a direct-to-consumer on-demand streaming service designed to complement the FOX News Channel experience with a members-only destination for its most passionate and loyal super fans. Featuring more than 5,000 hours of content, the subscription service includes conservative opinion programming, lifestyle, and entertainment content, as well as historical documentaries and investigative series from a multitude of FOX News personalities at a cost of $5.99 a month/$64.99 a year. Launched in 2018, FOX Nation is available at foxnation.com and via app for iOS devices, Android devices, Fire TV, Apple TV, Google TV, Android TV, Roku, Xbox One, FuboTV, Vizio TVs, and Samsung TVs, as well as DIRECTV, DIRECTV STREAM, YouTube TV, Comcast Xfinity, Cox Contour and The Roku Channel.