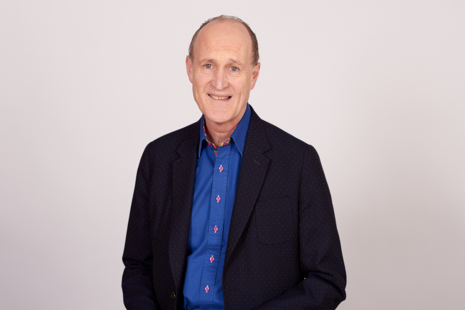 Bazalgette, who recently stood down as chairman of ITV after six years in the role, was delivering a speech discussing the future of Public Service Broadcasting – now renamed Public Service Media (PSM) by regulator Ofcom – at advocacy group the Voice of the Listener & Viewer’s Jocelyn Hay Lecture.

Noting the £2.5 billion to £3 billion that the PSMs invest in news, documentaries, soaps, dramas, daytime strands, he suggested that they were “the shows which stimulate our national conversation and help define our domestic culture and values. Long may we have a system of broadcasting designed to deliver this,” he said.

“The screen sub-sector itself is one fifth of the creative sector and the PSMs are its beating heart. Not just with their production activity and their training and apprenticeship programmes, but also via their stimulus to the independent production sector, to regional development and strong exports,” he stated.

“So, just to round off this part of my argument…this is how PSMs deliver for our democracy, our culture and our economy, in the 21st Century. This is why we should value them just as much in the future as in the past. We must look forward. Let’s have no Golden Ageism here. So, the PSM system is undoubtedly facing an existential threat,” he declared.

“And it’s one we have not spent nearly enough time concentrating on this year. In a nutshell: how can PSM survive in an era, a post-network era, when their TV services are mostly streamed via foreign owned internet platforms? BBC iPlayer, All4 and the imminent ITVX all have to negotiate carriage with the likes of Amazon, Apple, Samsung and LG, as well as Sky and Virgin. These are all powerful, foreign-owned platforms who can take shares of PSM revenue and withhold PSM viewer data, in the largely unregulated arena of the Internet,” he noted.

“In the digital age if you have no data, you have no business. This is why we had a far-sighted media White Paper published earlier this year which promised an update of the prominence rules enshrined in the 2003 Communications Act: Not just prominence for PSM on home pages (and a PSM button on TV remotes…why not?), but also guaranteed access to the platforms and fair value for the services too,” he advised.

“But have you seen these far-reaching proposals debated much in our media, let alone on the Clapham omnibus,” he asked. “They’re of existential importance to the survival of Public Service Media, but they’ve been drowned out by something else also in that White Paper…the privatisation of Channel 4. Whatever they rights and wrongs of that idea, it’s now clear it’s become a damaging distraction from the thing that really matters, prominence in the Internet age. So, it’s up to us to make sure this legislation is still pursued in a timely manner…and not held up by unholy rows about Channel 4. And this is even more pressing than some politicians realise…because ITV needs to decide whether to apply for a new PSM licence next year to start in 2024. A difficult decision to take when you don’t know what the terms are. ITV is in a stronger position than most PSMs because, with its successful international production company and its robust cash flows, it can choose any number of commercial paths and partnerships.”

“But you’d think it’s in the interests of UK PLC to keep ITV in the PSM fold, continuing to deliver the public good that it excels at. There’s some work to do here in Westminster and time is short. We’re told that economic growth is the number one priority of our current government. Don’t forget what I said earlier about the PSM’s core role in the Screen sub-sector, growing fast at the moment. So, the danger here is not just the loss of cultural value but a deficit in economic growth which the PSMs can deliver, given a level playing field.”

In terms of distribution, he accepted that the Internet was going to dominate. “Just witness Sky’s admirably dynamic move to Sky Glass, away from the satellite service of old. But I think we should definitely keep DTT, transmitting digital TV to our aerials free, for the foreseeable future. It’s a matter of national resilience.”

He suggested for Europe’s domestic PSMs to thrive in the era of powerful international streamers there will have to be greater co-operation, or even consolidation, amongst them. “This reform – allowing more consolidations – which is no more than realism, has to come,” he asserted. “My warning to regulators and legislators alike is: if you value home grown production and content, don’t tie our hands behind our back.”

He noted that in 2009, Kangaroo, a proposed joint streaming service between ITV, Channel 4 and the BBC was turned down by the UK’s Competition Commission. “It’s now cited as one of the most egregious errors by a regulator ever, where they showed they could look in the rear-view mirror but, tragically, not at the road ahead,” he said.

“If it had been allowed it would now be a worldwide business worth billions and a muscular rival to Netflix, Amazon, Apple and the rest. Instead, they tied our hands behind our back. Please don’t to do that again,” he implored.