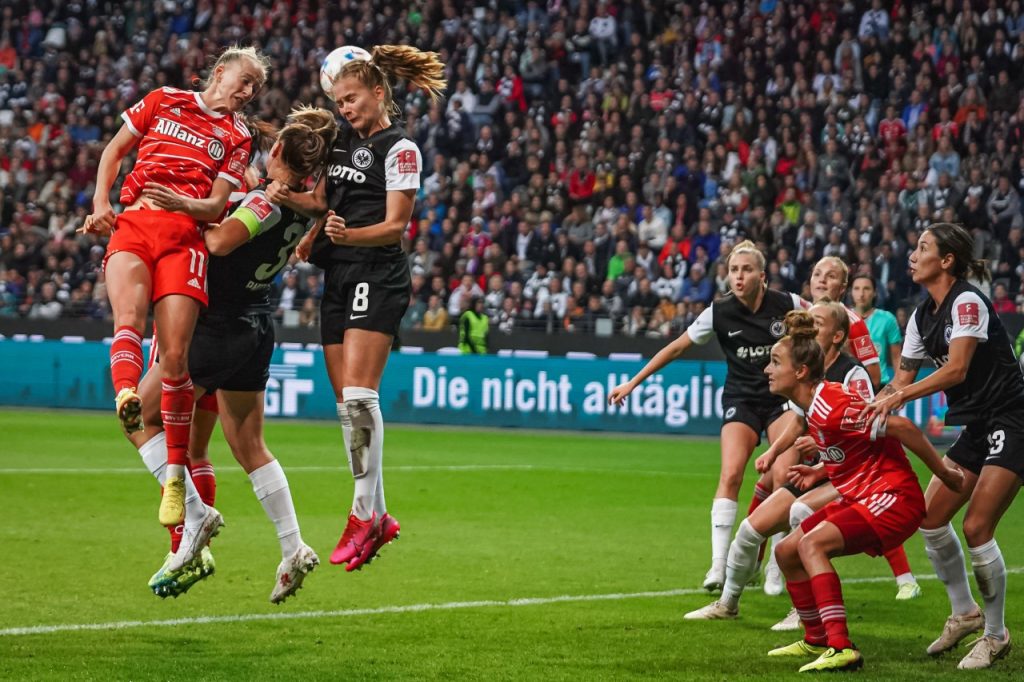 Sport1 has acquired an extensive rights package for the 2023/2024 to 2026/2027 seasons for exploitation in Germany when the media rights to the FLYERALARM Women’s Bundesliga were awarded by the German Soccer Association (Deutscher Fussball-Bund, DFB).

At the core of the package are 22 live matches per season, which SPORT1 will present in primetime on Monday evenings. In addition, Germany’s leading multichannel sports platform will accompany the league, the clubs and, above all, the players on gamedays and throughout the week with broadcast coverage on free-TV on SPORT1, on SPORT1.de and the SPORT1 apps, its audio offerings and its social media channels with approximately seven million fans and followers.

The C3 rights package acquired by SPORT1 for the four seasons from the 2023/24 season onwards for free-TV exploitation includes a total of 22 live games of the FLYERALARM Women’s Bundesliga per season, one game each matchday. In selecting the fixtures, SPORT1 has the first selection right twelve times per season with the ‘1st Match Pick’ and the second selection right ten times per season with the ‘2nd Match Pick’ for its top game of the week. SPORT1 plans to present the respective top games live on free-TV and on the digital channels of its multichannel sports platform in the primetime slot on Monday evenings starting at 7:30 pm.

In addition to live rights, the C3 package also includes highlight rights to the 22 games, as well as further highlight and archive rights to all Women’s Bundesliga matches.

Holger Blask, Managing Director of DFB GmbH & Co. KG, said: “The Women’s Bundesliga has developed consistently in recent years. Higher performance density, international competitiveness, full production of all games – the league is among the top in Europe and worldwide. Media distribution plays a central role in the league’s development and has grown steadily in recent years. We are therefore pleased to continue this growth together with our new partner SPORT1 and a new prominent broadcast slot on Monday and to take advantage of the current momentum of women’s football, which manifested itself not least in the Women’s European Championship, and get more and more people excited about the FLYERALARM Women’s Bundesliga.”

Olaf Schroeder, CEO of Sport1 Medien AG and Chairman of the Management Board of Sport1, added: ”The DFB team’s thrilling performance at the EURO in England and the fantastic atmosphere in the stadiums this summer in particular showed just how much potential there is in women’s soccer – and what great personalities and exciting stories make the Women’s Bundesliga so attractive. A particularly positive factor here is that, unlike many other German national teams, almost all DFB stars are also active in the domestic league. The task now is for the association, the clubs and the media to take this EURO euphoria with them – to give the league and its protagonists the stage they deserve. With the regular soccer slot for the top game on Monday evening on free-TV and in the free livestream, as well as accompanying full coverage on our TV, digital, audio and social media platforms, we will help to make all soccer fans want to see this league and its leading characters even more, freely available on our channels. I would like to take this opportunity to thank our Media Rights team, led by Annika Rody, for bringing this right, which is currently more coveted than ever, into our portfolio.“