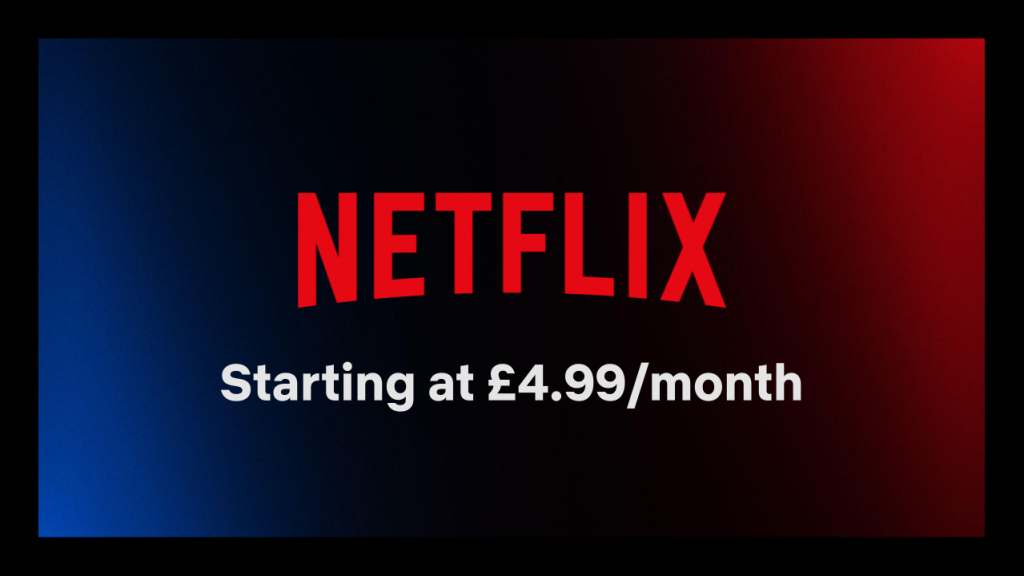 Netflix has revealed further details of its lower-priced, ad-supported plan. In a Blog post, Greg Peters, Chief Operating Officer and Chief Product Officer, said the company is “excited” to launch Basic with Ads — its ad-supported plan — in November.

Available in 12 countries: Basic with Ads will be available in Australia, Brazil, Canada, France, Germany, Italy, Japan, Korea, Mexico, Spain, the UK and the US.

According to Peters, there is a ‘A plan for every fan’.

“Our current plans and members will not be impacted. Basic with Ads complements our existing ad-free Basic, Standard and Premium plans,” he confirms.

He says that Basic with Ads offers all the features people expect from Netflix’s Basic plan, with a few differences:

“In short, Basic with Ads is everything people love about Netflix, at a lower price, with a few ads in-between” he suggests. “Starting in November, signing up will be easy — visit Netflix.com, and register with your email, date of birth, and gender to get started.”

“Basic with Ads also represents an exciting opportunity for advertisers — the chance to reach a diverse audience, including younger viewers who increasingly don’t watch linear TV, in a premium environment with a seamless, high-resolution ads experience,” he adds.

Ad Format: At launch, ads will be 15 or 30 seconds in length, which will play before and during shows and films.

Advertiser Controls: To help advertisers reach the right audience — and ensure its ads are more relevant for consumers — Netflix will offer broad targeting capabilities by country and genre (e.g., action, drama, romance, sci-fi). Advertisers will also be able to prevent their ads from appearing on content that might be inconsistent with their brand (e.g., sex, nudity or graphic violence).

Verification Tools: Netflix has partnerships with DoubleVerify and Integral Ad Science to verify the viewability and traffic validity of its ads starting in Q1 2023.

Audience Measurement: To enable advertisers to understand how Netflix can reach its target audience, Nielsen will use its Digital Ad Ratings (DAR) in the US. This will become available sometime in 2023 and eventually be reported through Nielsen ONE Ads.

“Basic with Ads will launch just six months after we first announced the option of a lower-priced ads tier. None of this would have been possible without our team’s hard work or Microsoft’s extraordinary partnership. The switch from linear is happening at an ever-increasing speed, with streaming now surpassing broadcast and cable in the US. We’re confident that with Netflix starting at $6.99 a month, we now have a price and plan for every fan. While it’s still very early days, we’re pleased with the interest from both consumers and the advertising community — and couldn’t be more excited about what’s ahead. As we learn from and improve the experience, we expect to launch in more countries over time,” Peters concludes.

According to Paolo Pescatore, TMT Analyst at PP Foresight, the move to offer an ad service of some kind was not part of the company’s script, suggesting it has been forced upon Netflix.

“It is apparent that the streaming pandemic party is well and truly over,” he asserts. “During this time, we saw a rapid increase in consumer adoption fuelling subscription revenue. Conversely, during a recessionary period, users will be forced to make some tough decisions regarding the need to keep on paying or signing up to a slew of services. Adding an ad tier, helps Netflix diversify its business model further, offering something for everyone which should resonate with a broad range of users,” he suggests.

“Arguably, this is not enough as users are accustomed to getting something for free with an ad-based service (without paying for a subscription). However, it does allow Netflix to retain its proven subscription formula and the entry point of £4.99 is enough to entice users to sign up, more so when you consider the huge catalogue of programming (excluding some titles due to licensing).”

“Netflix’s growing subscriber base of more than 200 million will be an attractive shop window for advertisers and brands. All key stakeholders will need to work more closely to ensure users are not bombarded with spam. Also, consumers will need to brace themselves for putting up with ads on a service that has been ad free; this will be a cultural shock. We should not solely expect new users to sign up; some will downgrade or decide to come back to Netflix. The move is as much as about retaining users as well as signing up new ones,” he says.

“Fully expect some users to be frustrated and cancel altogether or even move up the pricing tiers,” he predicts. “Managing expectations will be important by ensuring the right ads are served otherwise users will cancel. Ultimately the shift towards streaming will negatively impact linear TV networks and free-to-air broadcasters who are heavily reliant on advertising as the main revenue source. This could prove to be the final nail in the coffin for these players,” he warns.

“Make no mistake, this is a significant move that takes Netflix in direct competition with free-to-air broadcasters around the world. This will attract interest from entertainment shows like Strictly, The Masked Singer et al to all consider making moves towards distribution via the streamers,” he suggests.

“Advertisers are excited about the influx of streaming TV innovation and more inventory options spurred by Netflix and Disney product updates, this medium is a core tactic that we continue to leverage for all different client KPIs particularly, user acquisition,” notes Bridget Hall, Planning Director, Americas, M&C Saatchi Performance. “However, the bar has been set high by direct partners like Roku and programmatic vendors like TradeDesk. Advertisers expect robust targeting and advanced measurement for cross-device conversion tracking. Initial speculation is that the Netflix CPMs are high, and the targeting may not be as advanced.”

The adage ‘Content is King’ remains true, so the quality of Netflix’s content and the engagement of its audience is as important as its pricing. Early adopters of streaming TV advertising are seeing that programmatic inventory offers a major benefit of audience discovery outside of walled gardens. Netflix will need to prove realistically how unduplicated the Netflix audience is, and what personalization and features they can support to compete with Roku.”

It is not a stretch to envision that CTV could be the next social media, younger generations have the potential to interact with TV in a completely different way. I predict that you will see a lot of brands testing shoppable TV ads and interactive social-like content on smart TVs,” she concludes.

“Whilst I understand the driving force behind Netflix’s decision to offer an ad-supported, cheaper subscription, our recent research suggests that in a paid subscription model, the majority (58 per cent, rising to 67 per cent in those aged 18-35) would rather pay that little bit extra to remove ads,” notes Stefan Lederer, CEO and Founder at Bitmovin.

“Most viewers (60 per cent) are happy to tolerate ads when it comes to free streaming services, however it seems if paying for a subscription, no matter the cost, they expect ad-free content.”

“Whilst the cost-of-living crisis is driving viewers to reduce the number of subscriptions, it’s not necessarily cost that is driving the decision as to which ones they drop. Our recent research shows priorities for viewers include value for money, interesting content and quality video service, with no buffering.”

“The current economic situation the country faces means that consumers have to inevitably reassess their expenses. I strongly believe that those who will come out on top of the streaming wars are those that deliver original and engaging content with a high-quality viewing experience.”

“Netflix’s ad-supported tier has come at a really good time,” suggests Tej Rekhi, VP Product at Peach. “As consumers start to feel subscription fatigue, they now have an ad-funded model option for their wallets. This is going to accelerate the AVoD landscape, creating bigger opportunities for more addressable content. With more addressability, comes more variation, therefore, we need to ensure the ads are delivered with rigour and no room for compromise in their quality.”