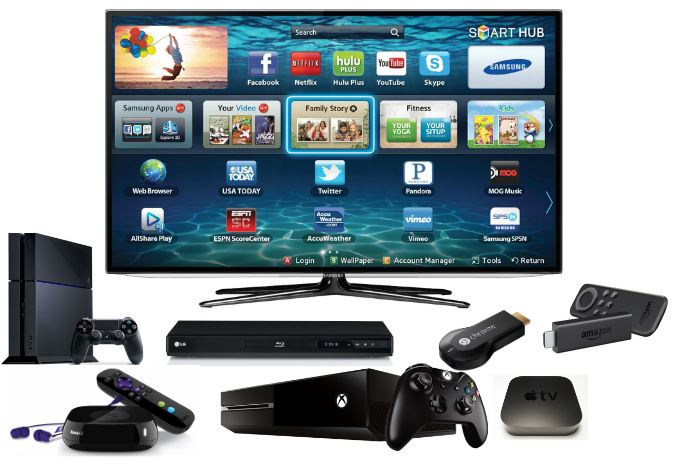 Findings from Hub Entertainment Research’s study, Streaming TV: Built-In vs Plugged-In?, suggest that whether people are using a smart TV or a streaming media player (SMP), their habits are very similar.

In the past few years, streaming to a TV screen has primarily become the domain of smart TVs (via their built-in capability) and streaming media players such as Roku or Fire TV (via a box or stick plugged into a TV set). Are there differences in how viewers stream depending on the device they use? Hub’s new report explores this topic in depth.

Smart TVs and streaming media players (SMPs) are living side-by-side:  Rather than smart TVs replacing SMPs outright, many viewers use smart TVs and SMPs as complements to each other.

Going through many details of how smart TVs and SMPs are set up and used, the study shows that in almost all facets, behaviours are very similar whether a smart TV or an SMP.

Discovery and decision gatekeeper: Both can act as a gatekeeper between the viewer and content. One way is through the home screen of the device.

These features give device manufacturers a strong influence in what content is selected for viewing, whether it’s through recommendations or promotional ads on the home screen, or reducing viewing decision to a one-click button.

“The question of ‘built-in vs plugged-in’ is surprisingly revealed in this study to be: ‘It doesn’t really matter’,” suggests David Tice, senior consultant to Hub and co-author of the study. “Whether people are using a smart TV or a streaming media player, their habits are very similar. In the short term, both devices are going to co-exist – streaming media players are a long way from being replaced by smart TVs, and can’t be ignored.”