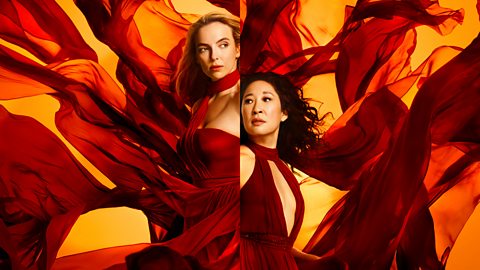 Founded in 2013 by Sally Woodward Gentle, with Lee Morris and Henrietta Colvin, Sid Gentle Films has earned wide recognition for its original scripted series. BBC Studios has been a 51 per cent investor in Sid Gentle Films since 2018.

Sid Gentle Films is currently in post-production with Rain Dogs, written by Cash Carraway and starring Daisy May Cooper, for the BBC and HBO, and Extraordinary, a comedy for Disney+, written by Emma Moran.

Sally Woodward Gentle, CEO and Founder, Sid Gentle Films, added: “We couldn’t be more delighted to continue our journey with BBC Studios. They have been the most supportive, collaborative and creative partner. It is an honour to work with the most wonderful team at Sid and to feel a shared ambition and outlook with BBC Studios.”

“Taking our world-class portfolio of labels and units direct to the heart of the world’s largest English language scripted market is a natural next step,” said Mark Linsey, MD, Scripted, BBC Studios Productions

BBC Studios also revealed that Mark Linsey, its most senior scripted executive, will relocate from London to work out of Los Angeles. This will place him geographically closer to key global content decision makers as BBC Studios seeks to build further co-production, investment and commissioning opportunities for its scripted offer.

Linsey will retain his existing responsibilities and reports, and continue to report to BBC Studios Productions CEO Ralph Lee. He will work closely with both Janet Brown, BBC Studios’ newly appointed President of Content Distribution for North America and Latin America, and Valerie Bruce, General Manager and leader of BBC Studios’ successful Los Angeles Productions, and their teams, to grow BBC Studios’ presence together.

In his MIPCOM keynote address, Fussell continued: “Under the leadership of Mark Linsey, previously BBC Director of Television and BBC Studios Chief Creative Officer, we are investing in the UK’s most exciting talent and creative labels. I am thrilled to share today that Mark will relocate from London to LA to grow further BBC Studios’ commitment to the West Coast and our shared creative ambition.”

Linsey added: “Taking our world-class portfolio of labels and units direct to the heart of the world’s largest English language scripted market is a natural next step. I look forward to working closer than ever with US based colleagues and customers to fund and create unique new series for the world to enjoy.”