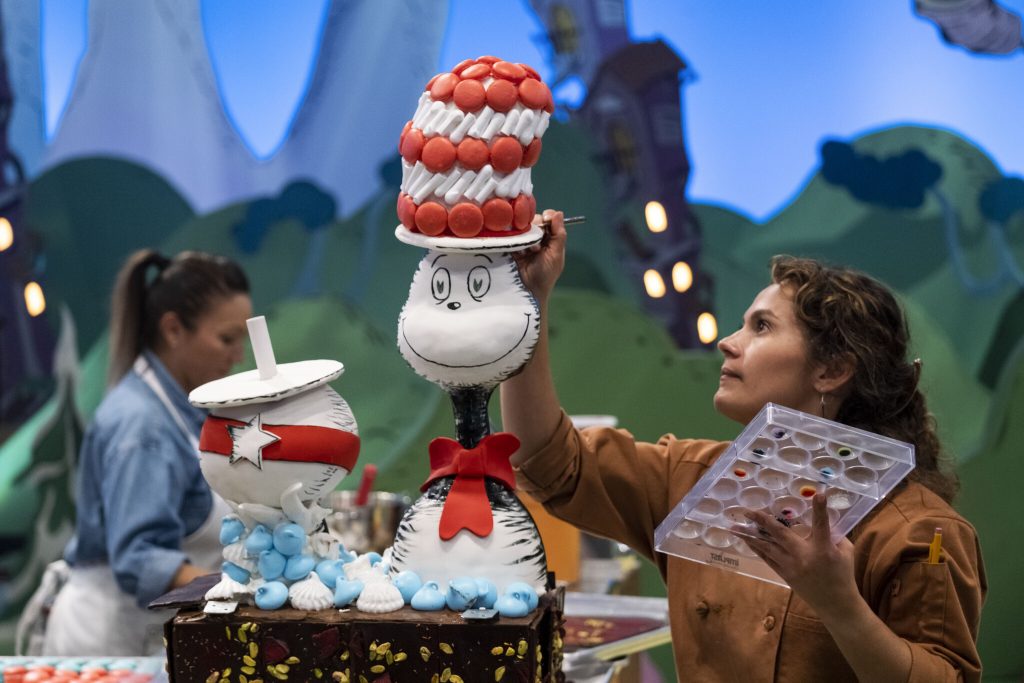 Dr Seuss Baking Challenge invites some of America’s best bakers to step into the world of Dr Seuss. From classically trained pastry chefs, to self-taught cake artists, nine teams of two bakers will compete for a prize of $50,000. From The Grinch to The Cat in the Hat, these bakers will use their imaginations to craft creations inspired by beloved Dr Seuss characters. Hosted by Tamera Mowry-Housley, in each episode bakers will be given a challenge based around Seuss characters and stories, and their towering creations will be judged by Clarice Lam and Joshua John Russell based on taste, creativity, and storytelling.