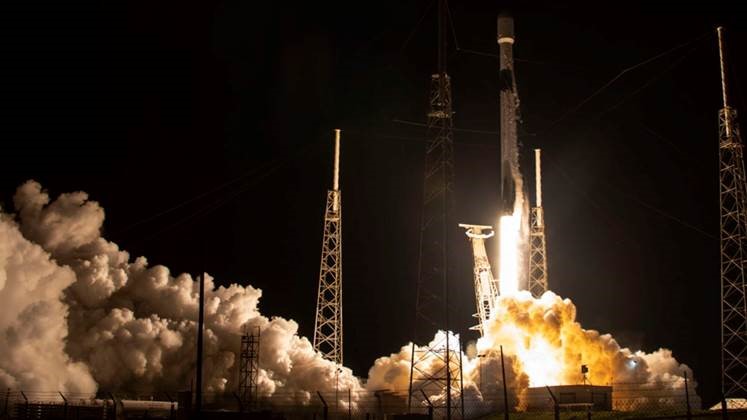 Following on from the slightly delayed but successful launch by SpaceX of Eutelsat’s latest Hotbird satellite (13F) on October 15th, Airbus has also confirmed that Eutelsat’s next-in-line satellite, Hotbird 13G, another of its latest ‘Eurostar Neo’ designs, has been flown to an airstrip at the Kennedy Space Centre from Toulouse in France.

The Falcon 9 first stage booster supporting the 13F mission previously launched CRS-24 and one Starlink mission. After stage separation, the first stage landed on the Just Read the Instructions drone ship, which was ready waiting in the Atlantic Ocean.

Hotbird 13G is expected to launch at the end of December on a SpaceX rocket.

Eutelsat said that the two satellites would replace the current three craft occupying the 13 degrees East orbital slot when successfully deployed. However, they will take some time to get to their orbital slots. The two satellites are all electric and orbit raising will each take about five months.

The two Hotbird 13F satellites will provide video broadcasting service to more than 160 million homes in Europe, North Africa and the Middle East.