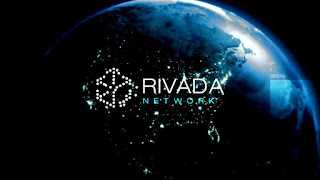 Rivada Space Networks (RSN) is planning to launch a mega-constellation of 600 satellites. It has announced that it has signed a partnership agreement with SpeQtral, which Rivada says is an emerging leader in quantum-secure communications systems.

RSN adds that its partnership with SpeQtral will demonstrate the technical compatibility of adding a QKD encryption layer to enhance the security of communications over low earth orbit (LEO) satellite constellations.

In 2024, RSN will start the launch of its 300 satellite laser-connected constellation with four precursor satellites and SpeQtral will launch its QKD satellite, SpeQtral-1. This will allow RSN and SpeQtral to jointly establish quantum-secure data links over the RSN precursor satellites and validate both the space and ground station terminals required for QKD-enabled encrypted traffic on the Rivada Space Networks constellation.

Chune Yang Lum, Co-founder and CEO of SpeQtral, said: “We are delighted to work with international partners to employ SpeQtral-1 for the demonstration of ultra-secure communications, executing on our vision to realise global QKD. We have had strong synergies with our partners thus far and are excited to bring our technology one step closer to enabling telecommunication network providers to incorporate a valued-added quantum security feature to their offering”.

Severin Meister, CEO of RSN, added: “Recent events in Ukraine have demonstrated that we are increasingly reliant on the commercial satellite sector and in particular new satellite constellations to provide high-performance, resilient communications infrastructure. Security is a key attribute of Rivada’s unique gateway-less architecture and we believe leveraging quantum technology will enable us to deploy the most secure communications network in the world. Trialing this innovative new technology here in Germany is extremely important for us as we recently joined the EU’s multi-stakeholder Secure Connectivity Programme, and we are excited to add quantum encryption capability to the provision of an independent and secure communications infrastructure for Europe”.