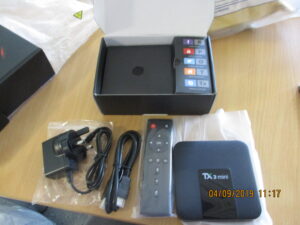 Two men have been sentenced after they illegally sold and retransmitted broadcasts produced by Sky and BT Sport, and further enabled the unauthorised distribution of on-demand films.

Following a trial at Canterbury Crown Court in the southeast of England, following an investigation by Kent County Council Trading Standards, Billy Martin from London was sentenced to 21 months imprisonment and Darren Bough from Dover sentenced to two years after pleading guilty to Fraudulent Trading, Money Laundering and Copyright offences.

In 2019, warrants were executed by the Kent County Council Trading Standards team in Dover and Tonbridge, where several electronic devices were seized including tailor-made set-top boxes. These unlawful devices, which typically use media player applications together with installed ‘add-ons’, rendered the devices capable of accessing illicit broadcasts.

The investigation by Officers revealed that the pair were selling different levels of membership, providing instructions on how to access programmes, films and sporting events.

The illegal operation was run via Facebook and funds were received through five separate PayPal accounts. In the space of approximately 18 months the fraud made the criminals more than £540,000 (€619,000). Bough received £399,536 and Martin £140,568, all believed to be linked to this illegal activity. Both also pleaded guilty to laundering monies received.

In referring to the defendants as “a couple of Fagins” in sentencing His Honour Judge Rupert Lowe said they had “struck at the heart of online commerce” and their business was “quite simply a cheat”.

Both parties made mitigation that they had families that relied upon them. However, also recognising the time which had passed since the pairs arrest in 2019 and sentencing, partly due to the Covid backlog, Judge Lowe said the matter was “too serious” to avoid custodial sentences, sending a warning to others that wish to infringe copyrights or those that choose to purchase the fraudulent subscriptions.