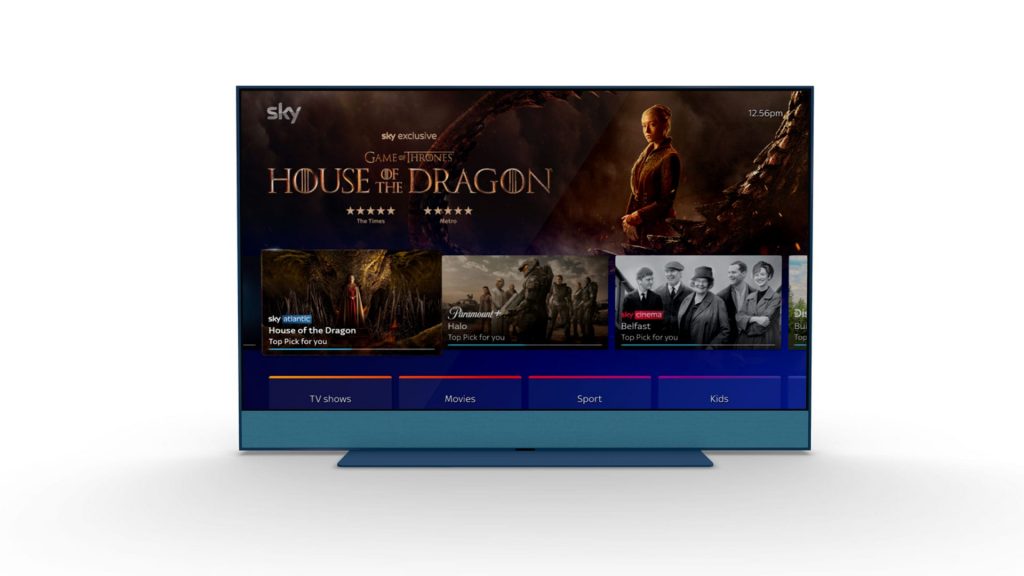 Following the launch of the Sky Glass Smart television in various European countries (UK, Italy, Ireland), it is now the turn of the South African group MultiChoice, which has announced the launch of its connected TVs in 2023.

The aim is to bolster its streaming offering by giving access to TV channels, streaming platforms and third party applications on the same device, reports Dataxis. DStv Glass will be equipped with a 4K flat-screen and sold in partnership with the Sky. With a television household penetration rate of less than 50 per cent in Sub-Saharan Africa in 2021, Dataxis believes the South African company could have a card to play to combine the important households’ equipment needs with the purchase of its services, provided that customer groups converge. Could African countries be the most adapted markets for these fully integrated pay-TV services?

Of the 117 million televisions installed in Sub-Saharan Africa, only 14 per cent were Smart TVs in 2021. Most of the televisions installed in the region are basic SD CRTS, which account for about 60 per cent of the total. For potential end-users, DStv Glass would represent the advantage of gathering the most advanced features, notably in terms of navigation, recommendation and voice control, to bring all the desired OTT services together on one source and combined with the end device. Through this offer, DStv maintains its control over the full environment of its pay-TV offer, in a context of surging competition from Smart TV and media streaming device providers, which are granting access to video content services, aggregating platforms and billing customers in a similar way to pay-TV operators.

Beyond the evolution in distribution that could threaten set-top boxes’ role as key distribution devices within homes, Smart TVs also represent a significant strategic advantage to track additional consumer data and implement targeted advertising options. Dataxis suggests this could represent a promising opportunity for operators to generate additional revenues.

However, in sub-Saharan Africa, Dataxis notes that the development of fully integrated TV services is hampered by two major obstacles: the relative cost of equipment and the lack of connectivity. The low purchasing power of households in the region scales down target customers’ figures, as non-equipped households are expected to buy less expensive devices. The connection needed to take full advantage of the Smart TV proposition represents an additional hurdle since less than 5 per cent of households are connected to fixed broadband throughout the region in 2022.

Although forecasted to fade gradually in the coming years, these limits will make it difficult for DStv Glass to find a mass market in the entire region in the short run. The envisioned TV Eldorado for DStv might not be found in the significant equipment needs recorded in African homes but in the awaited transformation of the region’s most advanced markets, starting with South Africa.

In the second largest economy of the region, recording the highest household equipment (85 per cent TV household penetration in 2021) and where DStv has installed its dominance for years, the potential of services upgrade is not negligible. By 2027, the number of fibre subscriptions is expected to be multiplied by around 2.5. The number of Smart TVs will more than double, from 2.9 million devices installed in 2021 to over 6.5 million in 2027.

DStv, market leader of South African pay-TV with 90 per cent of total subscribers, seeks to maintain its leadership by providing the most relevant new technologies. At a time when the aim is to bring together as many services as possible (OTT, SVoD, social networks, internet services) in a single device, Smart TVs meet all the criteria while maintaining viewers within the operator’s environment. However, a decisive aspect of operators’ future will lie in their ability to adapt their devices’ capacities to the ever-changing needs of TV viewers. Control over the TV operating systems will become more and more crucial as smart TV devices’ limits are found in their shorter life cycles compared with the fast-paced innovations observed in functionalities and services offered to the end-users.

This is an aspect that Sky, Multichoice and future operators similarly seduced by the integration of their offer directly in Smart TV devices will have to solve in the coming years, says Dataxis.

DStv Streama, Multichoice’s media streaming TV box which launched on October 1st in South Africa, could provide an opportune solution. This media streaming TV box allows direct access to content from a number of suppliers such as DStv, Netflix, Disney+, Prime Video and Youtube just like Amazon’s FireStick or Google’s Chromecast. Dataxis concludes that combining Multichoice’s connected TV with Multichoice’s streaming box would allow users to stay on top of the latest innovations without having to change their TV sets… or pay-TV provider.