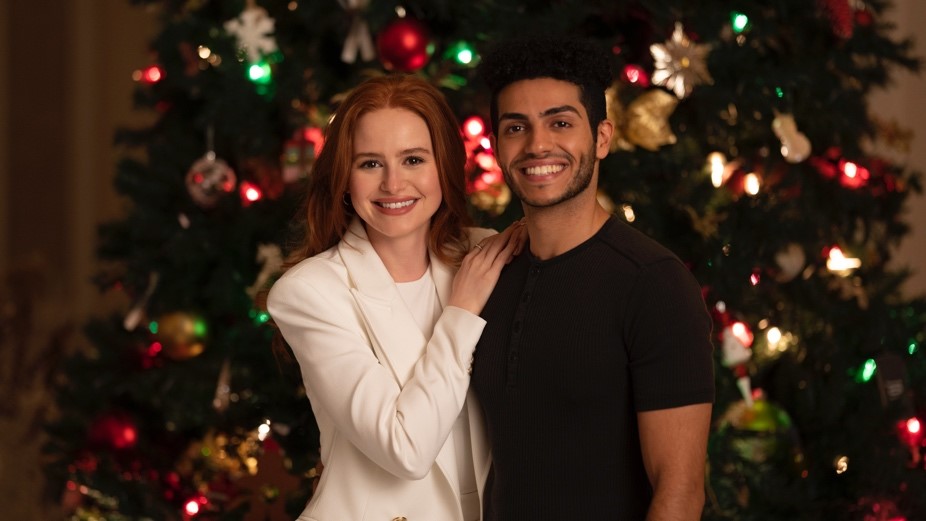 Hotel for the Holidays revolves around an ensemble of staff and guests at the charming Hotel Fontaine in New York City during Christmastime. Madelaine Petsch stars as Georgia, an ambitious young woman and the manager of the high-end hotel that attracts guests of all kinds—including heartbroken singles, an infamous pop star, and a European ex-prince who recently abdicated his throne—all looking to escape from their everyday lives and come to the hotel as a sanctuary over the holidays. Georgia’s work and personal life become entangled when she is caught between the hotel chef Luke (Mena Massoud) and Raymond (Max Lloyd-Jones), the sophisticated ex-prince staying at the hotel during the holidays. The storylines of Georgia and the hotel’s eclectic guests twist, turn and come together, as they unexpectedly find friendship, love and inspiration.