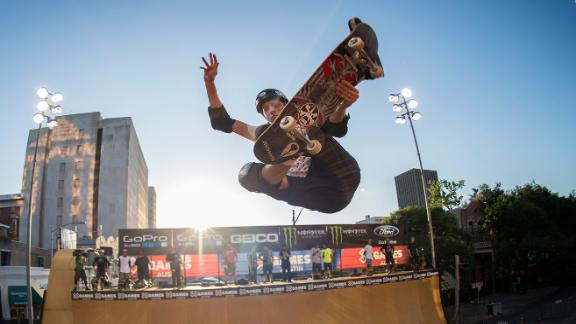 ESPN has sold a majority interest in X Games, the global action sports franchise it founded in 1995 that made household names of skateboarders, snowboarders, BMX riders and freestyle motocross athletes.

As part of a multiyear agreement, MSP Sports Capital, a New York City-based private equity firm with investments in McLaren Racing Limited and four European football teams, will assume day-to-day business operations and produce X Games events and shows, the company said. ESPN will retain a minority interest and continue to air the X Games on television in the US.

“We’re proud of what we’ve created with our employees and the athletes over nearly 30 years of world-class X Games events and content,” said ESPN chairman Jimmy Pitaro. “We now look forward to an exciting next chapter with MSP Sports Capital, which has a proven track record of excellence in sports and a dynamic vision for the continued growth and progression of the industry-leading action sports brand.”

Skateboard icon Tony Hawk, a 10-time X Games gold medallist who landed the sport’s first 900 at the 1999 X Games in San Francisco and later worked as a commentator on X Games broadcasts, has joined the investment group as a brand steward.

“Skateboarding is part of my DNA and I support a community where change and advances in action sports is happening on a daily basis,” commented Hawk. “Being part of the advisory board for X Games is an extension of my decades of competing and much more forgiving to the body.”

The first contest series to bring together a disparate group of sports that eventually came to be known as action sports, the X Games gave athletes a greater platform to reach fans and gave them a place to tune in regularly to watch these alternative sports.

Initially held twice a year, in summer and winter, X Games contests travelled to iconic locations around the world, including the Los Angeles Coliseum and Brazil’s Iguazu Falls, one of the seven natural wonders of the world. Many of action sports’ most ground-breaking moments happened at these events: At the 2006 X Games at the Staples Center in Los Angeles, freestyle motocross icon Travis Pastrana landed the sport’s first double backflip. At the 2012 winter X Games in Aspen, Canadian snowboarder Mark McMorris landed the first triple cork in competition.

The X Games laid the groundwork for competing series such as the Gravity Games and the Dew Tour and became a testing ground for the Olympic movement, which adopted snowboarding, skateboarding and freestyle BMX based on their popularity as X Games sports. Past X Games also included an eclectic list of alternative sports such as super modified shovel racing, street luge and adventure racing.

The brand grew the profiles of action sports athletes such as Pastrana, Shaun White and Chloe Kim. In 2005, BMX icon Mat Hoffman became the first action sports athlete to appear on the cover of ESPN The Magazine, and in 2007, ESPN launched a twice-annual action sports magazine, EXPN, based on its action-sports website, expn.com.

“MSP Sports Capital is excited about the future of X Games and being the new stewards of such an important part of sports history and its reimagined future,” stated MSP Sports Capital founder and CEO Jeff Moorad.

MSP Sports Capital said it will produce its first X Games in Aspen from January 27th-29th, 2023, which will air on ESPN and ABC in the US.