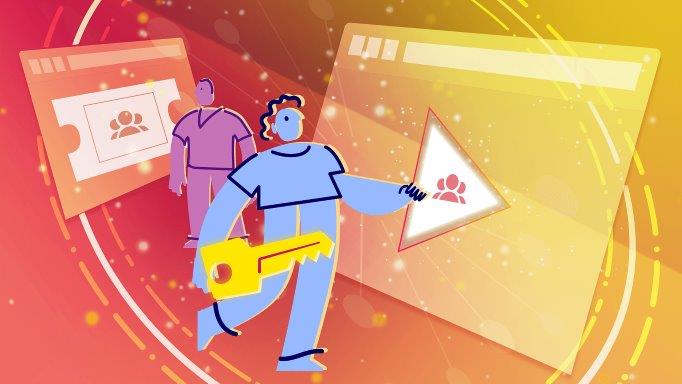 Researchers at the BBC are looking at the future of personal data in the next phase of the Internet, with an experiment around social TV.

The Corporation’s Research & Development unit has launched is a version of the BBC Together watch party platform, which is powered by personal data stores. During the pandemic, watch parties opened up a much more coherent view of what the future of social TV might look like in a metaverse-style future, so BBC Research & Development is taking a look at what that next step might look like if the BBC was to build that future on public service principles – with a large scale trial of personal data stores people can use to share, view and delete data generated by them using our BBC Together platform.

The BBC says it looking ahead to a potential future where people are in charge of their data, choosing which companies and services they’re willing to share it with, rather than those companies requiring it for people to use their service – inverting the current way of doing things to fundamentally change the way we interact with them and each other online. The BBC thinks there are big implications for a metaverse-style future in which people interact much more online, with fundamental implications to the way the Internet itself works.

The BBC has been working with Sir Tim Berners Lee’s company Inrupt throughout this project, who are experts in personal data stores and have provided the technology to enable the R&D team to trial this at an unprecedented scale, using personal data stores in a way that’s never been done before in a live environment.

In an R&D Blog Post, Eleni Sharp, Executive Product Manager and Bill Thompson Principal Research Engineer, note that over half (52 per cent) of 16- 24’s in the UK took part in a TV/film viewing group online in the last year, and the majority in this age bracket continue to watch programmes on their computers (50 per cent), according to the BBC Pulse Survey 2022.

In addition, Sky has launched a Sky Glass TV with an in-built smart camera to enable and enhance features, including watch parties. “It’s easy to predict that new developments like shared experiences in the metaverse will include finding ways to watch and enjoy our favourite TV programmes with others,” say the researchers.

“As we take steps towards that future, the role of personal data is crucial in enabling many of the collaborative and social features audiences will want. However, this creates risks: our research has shown us that 77 per cent of people feel vulnerable having multiple providers holding their personal information, and given that there has been a massive increase (+68 per cent) in major data breaches since 2020 and 2021 alone, this is understandable,” they say.

“Fortunately, we have an opportunity to redefine the way we use data to deliver these services before dangerous practices become normalised. Here at BBC Research & Development, we are exploring alternatives to the standard approach where big organisations hold personal data under their control, offering people greater agency over their data,” they explain.

“We believe there is enormous room for improvement in the ways data is managed online, and we are now launching an enhanced watch party to explore what this might look like. Our trial offers the benefits of social TV whilst also giving you much greater control over what data about you is stored and how it is used,” they advise,

This is done using a technology called a Personal Data Store (PDS), a system that allows someone to store data about themselves in their own secure repository, either on a device or in the cloud. The user can then control access to the data in the PDS. The BBC believes using a PDS to power an audience-facing product at this scale is a world first.

The BBC’s new product, BBC Together + Data Pod, is now live on BBC Taster, describing it as “a social watch party experience with a difference”.

People can connect with their friends and family, building and managing friend networks to find others to watch their favourite iPlayer shows with. Once they have made these connections, they will start to get basic recommendations based on what they watched together.

The data generated, including what shows you watch and who you watch them will, is stored securely in a PDS. After the watch party has finished, rather than the BBC sweeping up all the data which has been generated, the BBC makes it visible to the user with the option to edit, delete or share back with the BBC to help build future services.

Seeing their data helps people understand what personal data is being collected about them across other products and services every day. This is a radically different approach to data management, and the BBC believes that this is the first time anyone has used a PDS in this particular way in a live environment.

“Audiences are more aware than ever that large organisations exploit personal data for their own good, and after 25 years of giving away personal data because they felt they had no choice, they are now understandably wising up, getting increasingly unhappy and are feeling trapped by the situation, say Sharp and Thompson.

“We passionately believe BBC has an opportunity to do things differently and is perfectly positioned to explore alternatives to the current situation and create a trusted and safe public service online space for our audiences, one where they have full visibility and access to their data,” they declare.

The BBC says it is doing this work to understand a few things. First, it wants to see how this implementation of the technology stands up to being used at scale with BBC platforms. Then it wants to know if its interface and guidance give users what they need to want to use the service and to use it effectively. And finally, it wants to understand what the long-term opportunities are for the BBC with this technology.

“This is an important moment for audiences,” says the BBC. “We are offering them full visibility and access to their data, with the option to share it with us if they are comfortable doing so. This is a reversal of the normal approach, where organisations hold data about people and share only some of it; whilst it’s a small step, we hope it marks a change of direction in the management and stewardship of personal data.”

After the trial, the BBC will analyse the data which is shared and undertake additional research into its users better to understand how audiences might use PDS-based products. This will allow it to make recommendations around how this technology can work across portfolios of new or existing products in the future. It will publish this work as part of BBC R&D’s normal process of academic engagement.