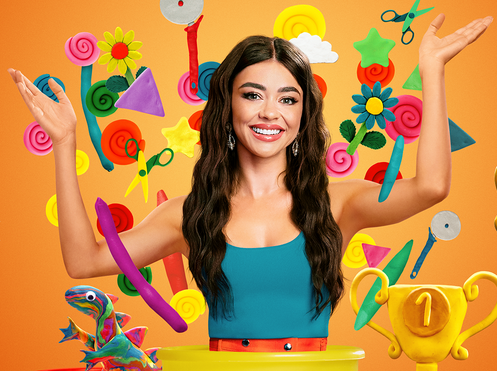 Amazon will soon publish its Q3 2022 results. The end of the health crisis, at least in terms of movement restrictions and business operations, the inflationary pressures and the subsequent decrease in purchasing power have significantly impacted the e-commerce giant and hence, its profitability. While Amazon still announced a 7 per cent growth in Q2 in terms of revenues, its operating result has been divided by more than two ($3.3 billion versus $7.7 billion a year ago). In this context, Dataxis asks: is it in the best interest of the group to fully integrate its AVoD platform Freevee as a free window integrated within Prime Video, in an attempt to increase the conversion rate to the SVoD service?

After the international launch of Prime Video at the end of 2016 and the acquisition of Twitch during the summer of 2014, Freevee is the third major asset of Amazon’s video entertainment strategy. In only three years the service has already experienced many changes in its branding, from IMDb Freedive at its launch to IMDb TV during the summer of 2020 before finally adopting Freevee in April 2022.

As of today, Freevee has been available in the US, the UK since last autumn, and in Germany since last summer.

A growing presence, but a growth below average

In addition to the distribution over Amazon’s ecosystem (Echo Show, Fire TV), Freevee is also widely available across the OTT landscape in the US.

Overall, Freevee US represents the free version of the distribution and content curation strategy applied by Amazon to Prime Video and Amazon Channels for years, with quite a success as the number of monthly active users to Freevee tripled between 2019 and 2020, with a 20 per cent growth rate in 2021, to finally reach 60 million.

Freevee followed the massive adoption of streaming content, benefiting from Amazon’s synergies. However, both its growth rate and market share has been lowering since 2021 compared to its competitors. According to a survey conducted by Xperi/Tivo during the first semester of 2022, Freevee only accounted for 7 per cent of the AVoD consumption, far behind Roku Channel, Tubi and Peacock, each accounting for about 20 per cent.

In the UK, Freevee experienced partial success, despite the high penetration of Amazon Fire TV, available in more than 5 million households in the country, while it is too soon to conclude in Germany, due to the recent launch this summer. Dataxis believes these mixed performances might urge Amazon to reconsider its strategy toward Freevee, while the international distribution of the platform remains very limited so far in terms of Smart TV or game consoles, both in Germany and in the UK.

From a financial perspective, Amazon’s content spending skyrocketed over the last years, doubling between 2018 and 2021, and the 18 per cent increase in the first half of 2022 is consistent with a $15.5 billion trajectory for 2022 as calculated by NPA – not far behind Netflix’s $17 billion. In the meantime, the subscriber revenues growth rate has drastically decreased, now accounting for a quarter of its value in 2018.

Amazon’s dynamic in terms of advertising revenues (from Freevee, Twitch, and the e-commerce website) slew down significantly last semester. This stall is the consequence of the economic turmoil in the e-commerce segment (with more cautiousness from advertisers in a period of uncertainty, coupled with less traffic on the consumer side), resulting in a more strategic focus toward audience figures – and, therefore, the ad inventory – from the AVoD and the SVoD platforms.

A single integration to lever off both video assets

In summary, Dataxis believes a clear integration of Freevee within Prime could allow better monitoring of global content spending, providing a single budget line for original productions and acquisitions. However, this would also lead Amazon to get rid of a small share of its licensed library, as some of the acquired rights might not be available on both paying and free segments. The structural savings provided by a single responsibility chain would also lead to better optimisation of marketing spending, as focusing on a single brand could increase attractiveness.

If in terms of revenues a complete integration could allow Amazon to better leverage its global content spending, the impact would mainly be noticeable in countries where Prime membership is not available yet, converting Freevee into a content window for Prime and/or Amazon Channels. However, this impact would be limited in more mature countries, where Amazon Prime is already widely adopted. Contrary to other streaming services which leverage the quality of the flux and a wide range of advanced functionalities to provide different subscription tiers, Amazon has less incentive to limit the quality of the content it provides, even on an ad-supported platform, due to its smart TV and connected devices activities. A limitation of the quality could for instance impact the user experience on Amazon’s devices, eventually translating into lower penetration figures in the Smart TV market, key for Amazon, especially in North America and Europe.

Hence, to avoid decreasing its service’s perceived value, Dataxis suggests Amazon could reserve a segment of its catalogue for its premium members, focusing on originals for instance, especially the most prestigious ones such as The Lord of the Rings: The Rings of Power. If Amazon does not announce the full integration of Freevee in its quarterly publication, there is no doubt the company will carefully study the launch of the ad-supported tier of Netflix later this year.