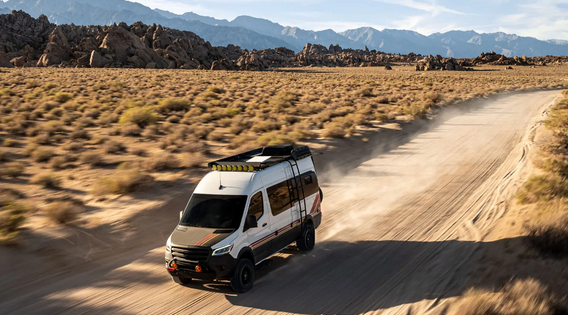 Starlink will start shipping its ‘Starlink for RVs’ flat high performance kit in December offering high-speed, low-latency internet on an as-needed basis in any destination where Starlink provides active coverage. Its active ‘high capacity’ coverage promise includes most of the US and Canada although about a quarter of the US from the Great Lakes down to Florida is less than perfect.

All of Europe is included as ‘high capacity’, as is Brazil and Chile, much of Australia and all of New Zealand.

The hardware is designed for a permanent installation on vehicles and is said to be resilient in harsh environments.

Meanwhile, SpaceX is targeting today (October 27th) to launch 53 Starlink satellites. The launch will take place from the Vandenberg Space Force Base in California.

Launch time is scheduled for 18:14pm Pacific Time, and a backup opportunity is available on October 28th at 17:52pm.

The first stage Falcon 9 booster supporting this mission previously launched Sentinel-6 Michael Freilich, DART, and five other Starlink missions. Following stage separation, the first stage will land on the Of Course I Still Love You droneship, which will be stationed in the Pacific Ocean.

This new mission will take the overall total of Starlinks launched to 3,558. However, not all were successfully orbited with some failing to reach orbit and others deliberately de-orbited. There are 2,755 in orbit (according to astrophysicist Jonathan McDowell) with another 208 ascending to their correct orbits and another 185 being drifted into position.