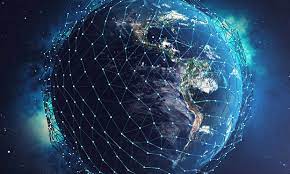 The European Space Agency (ESA) and its Navigation Directorate says it is moving ahead with its plans to improve satellite navigation and perhaps further expanding to include a European – but global – low Earth orbiting fleet. “Now, [with] numerous low Earth orbit constellations already taking shape around the globe, the time is right to move from basic research to in-orbit demonstration.”

The scheme is part of 5 top ESA priorities for 2025, and ESA has invited the industry to respond with a recent ‘Request for Proposal’ already in place and which closes on November 1st.

The aim, says ESA is to see “Europe [seizing] the opportunity to investigate the potential of the kind of low Earth orbit (LEO) constellations that are already on the way in the global market to enable new kinds of Positioning, Navigation and Timing (PNT) services.”

ESA will demonstrate its intentions with a mini-fleet of demo-satellites. “The plan is to build and fly an initial mini-constellation of at least half a dozen satellites to test capabilities and key technologies, as well as demonstrating signals and frequency bands for use by a follow-on operational constellation, in the same way that Europe’s GIOVE test satellites paved the way for Galileo. Success will place European industry in pole positions for follow-on commercial undertakings, as well as planned institutional programmes.”

“It is ESA’s ambition to ensure Europe maintains a world-class space industry, and navigation today forms the single largest downstream space sector, worth about €150 billion annually and growing at the rate of 10 percent per year,” comments ESA Director of Navigation Javier Benedicto-Ruiz. “Standing still is not an option; instead we need to explore new technical avenues to spur European competitiveness and commercialisation.”

“Interest from European industry in the LEO-PNT project has been very high, shown by a recent Request for Information where ESA presented details of how companies and institutions might participate and a large number of companies registered and presented possible concepts and contributions,” says ESA.