The Bastard Son & The Devil Himself “doesn’t patronise YA audiences” 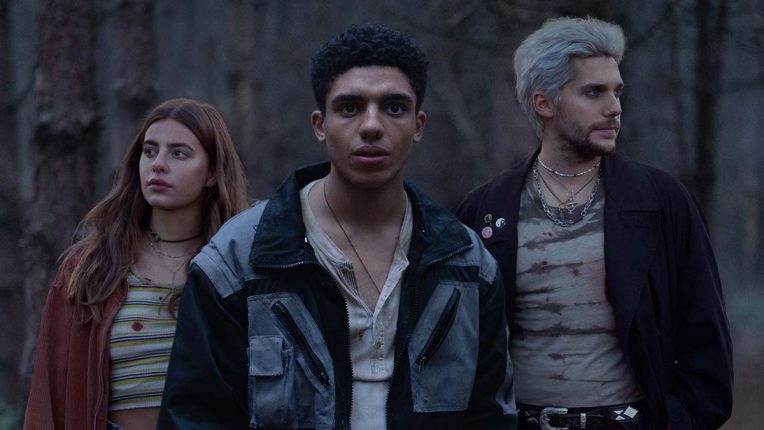 The Bastard Son & The Devil Himself has premiered on Netflix to rave reviews.

The fantasy-drama television series is ased on the young adult novel Half Bad by Sally Green, and tells the story of Nathan Byrn, an illegitimate son of a dangerous witch, Marcus Edge, struggling to overcome his odds of following the footsteps of his father as he discovers his true identity alongside his friends.

At MCM Comic Con in London, Advanced-Television spoke with some of the show’s cast and creators regarding the creation of the series.

Script writer and series developer, Joe Barton, explained how he had wanted to do something with the material when the story was first published in 2014: “Initially, we tried to do it as a movie but it just didn’t work. I thought it would make a good 8 hours of content one day […] and here we are now with a Netflix series.”

“What’s unique about it is that’s it’s very grounded – it’s fantasy but it takes place in the real world. It’s a boots on the ground view of how magic could exist within the structure of our society […] and the stakes of the central characters felt very true to life, sort of normal teenage stuff, but taking place in this fantastical arena,” he added.

Director, Colm McCarthy, commented: I guess that a lot of YA shows and movies, I think, can patronise their audience a bit. My kids read a lot of books that got adapted into TV shows and they reduce the amount of violence, and the amount of gore, and the stakes therefore get smaller, and the emtional intensity. And I sorta think that what’s exciting about kids in their late teens is the level of emotional intensity that come with it, and it’s quite fun to make a show that’s got that, plus all the visceral and gore and a lot of that kind of material, because I think that people who like those sort of supernatual YA books, often what they love about them is the horror and the danger, and the kind of coming awareness of morbidity that comes in teenage life.”

“It’s really funny as well,” McCarthy added ” and the swing between the light and the dark is super fun for an audience.”

Jay Lycurgo, fresh from DC roles in The Batman movie and Titans series, plays a lead role as Nathan Byrh, and said it was an easy part to accept. “I liked it on the spot, and I wanted to play the guy,” he commented. When asked how he felt about stepping up a lead role, he joked: “It’s about time!”

“We stayed from the source material, just because we know Joe had his own interpretation of it. We had the fondations from Sally Green, so looking at Nathan Byrne and looking at his attributes and who he was, I knew I wanted to make my own version; a bit more charming!,” added Lycurgo.

“[I felt] apprehension with the role,” said Nadia Parkes, who plays Annalise in the series. “I think Joe kind of converted me into a fantasy person because I actually previously wasn’t […] I was kind of nervous to take on the world [of the series] and the challenges that come with creating a really relatable human; but that’s not hard when you’ve got Joe’s writing to help that.”

“I think for Annalise, we both [her and Nathan] feel like misfits in our lives at the beginning, and then we find this kind of really beautiful, kindred spirit in each other, and then kind of go a journey to relearn everything that we’ve been taught about the world.”

David Gyasi, who plays the witch Marcus Edge, was similarly praising of the story, saying: “The metaphor between the source material and this [series] is really pertinent for now… The [script] had me at that. And then I came to the read through [..] and when I saw the chemistry [among the rest of the cast] I thought that was really powerful! When they sent me the episodes I was only going to watch one and then episode eight, but I watched the whole thing. It’s really, really good.”

Season 1 of The Bastard Son & The Devil Himself is available on Netflix now.