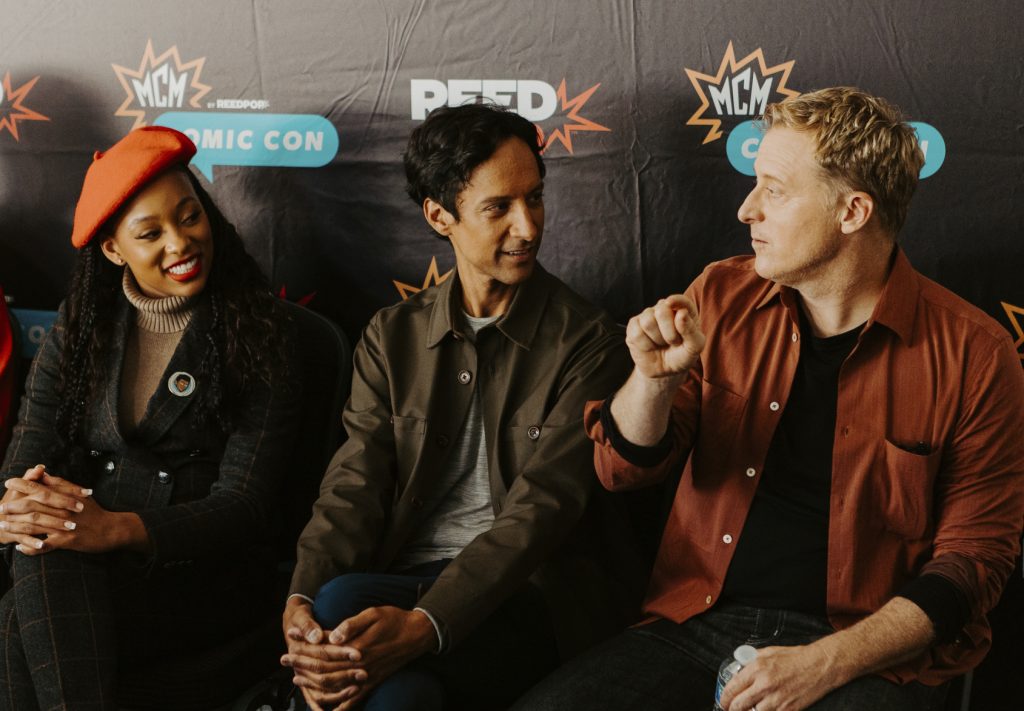 Transformers: EarthSpark launches on Paramount + and Nickelodeon in the UK on November 14th. The series introduces a new generation of Transformers robots called Terrans – the first Transformers to be born on Earth – and together with the humans who welcome them in, they redefine what it means to be a family.

“I was a big fan!” affirmed Tudyk. “I remember it coming onto the scene in the 80s, and I went to see the animated movie with my buddies, and then later the live action ones […] And I got to be in one [2011’s Transformers: Dark of the Moon] so that was cool. You get to do cool stuff on big movies, like go to NASA!”

On the task of voicing the legendary Optimus Prime character, Tudyk remarked: “He’s big, he’s a truck [and so] he has a deep voice. I couldn’t even mimick [oriignal voice actor Peter Cullen’] because his voice had so much bass; he comes from a place where voices have basements […] but this is a new version luckily, and the voice needed to be, like, a big general in charge of everyone, and he gets to tell people to ‘roll out'”!

On becoming part of the franchise, Pudi and told of how him and his brother played with all the Transfomer toys when they were small. “We bashed our Transfomer toys together and it was a great way for us to express our relationship,” he quipped.

“It’ a nice surprise for me to be back to my childhood”, added Pudi. “But to do it in a whole new way; This is a new version with a new family, and we see it through their eyes.”

On Bumblebee’s voice, Pudi said that “it was a character I connected to as a child” and joked that after weeks of experimenting and trying out different voices, “we just went with my natural voice.”

Mikalya plays new human character Robby, a friend to the Transformers. She said she has incredibly fond memories of going to see the first live-action Transformers movie at the cinema with her father in 2007. “To be able to jump into something when you’re a fan already, that’s really cool,” she gushed.

Transformers: EarthSpark is created and co-executive produced by Dale Malinowski and executive produced by Ant Ward. The series is developed for television by Claudia Spinelli, senior vice president of big kids animation at Nickelodeon. Production is overseen for Nickelodeon by Mikiel Houser, executive in charge of production, and for eOne by Kari Rosenberg.