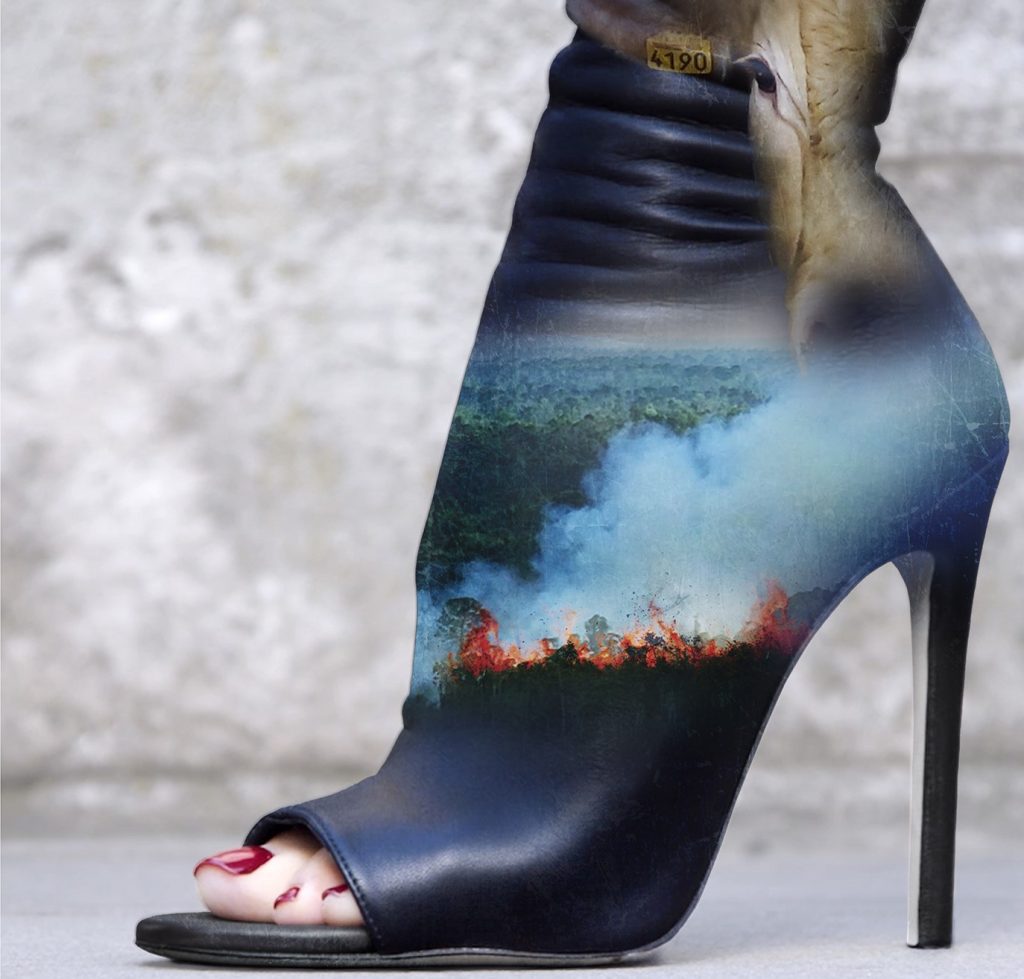 New feature documentary, SLAY, has launched on iTunes and Prime Video, as well as being available to stream for free on WaterBear. The film investigates the ongoing use of animal skins – leather, fur, and wool – within the fashion industry, exposing unethical practices whilst showcasing practical solutions.

SLAY showcases investigative footage captured over the course of three years by filmmaker Rebecca Cappelli, following the industry’s supply chains and their impact on the environment. From leather tanning’s water contamination, deforestation, and animal suffering on fur factory farms, to the wool processing supply chain and modern-day slavery.

The film brings together a host of experts and campaigners, including TV personality and influencer Lucy Watson, Founding Director of Collective Fashion Justice Emma Håkansson, CEO of Red Carpet Green Dress Samata Pattinson, Fashion Journalist and Sustainability Activist Bandana Tewari, and vegan educator and author Ed Winters aka Earthling Ed. Viewers are taken inside factories and farms to uncover the dark side of fashion, filming across Australia, Brazil, China, India, France, Italy and the US.

By highlighting the extent of greenwashing in the fashion industry, SLAY debunks myths of animal skins being a sustainable material. Animal products remain pervasive in fashion today, according to exclusive data shared by Good On You, fashion’s leading brand rating platform. In analysing thousands of fashion brands, Good On You reveals 68 per cent of brands today use some animal products in their collections. For the largest and most profitable brands, 91 per cent are using animal products.

“The suffering of animals in the fashion industry is greenwashed into oblivion while those skin industries are destroying the planet and harming people.”, says Rebecca Cappelli, Director and Producer of SLAY. “SLAY aims to challenge the notion that animal skins are a fabric, and open people’s eyes to the dark realities behind some of the most sought-after skins in fashion.”

However, there is hope, with alternatives to animal skins and furs growing year on year, solutions vary from puffer jackets made from 100 per cent recycled bottles, animal-free leather developed from pineapple leaf, mushroom or apple, and plant-based wool grown from flowers.

Discussing the documentary, fashion designer Stella McCartney stated that the film was “Phenomenal […] I’ve been doing this my whole life and it’s quite surreal, exciting and frustrating that in 2022 we’ve only just been able to make a documentary like that.”

Founding Director of Collective Fashion Justice Emma Håkansson stated: “It’s time for the fashion industry’s idea of ’sustainability’ to consider the reality that we can no longer sustain injustice for profit — whether it be against humans or the animals we share this planet with. We need a total ethics fashion system.”

In September the documentary launched exclusively on WaterBear, a free streaming platform dedicated to the future of our planet.