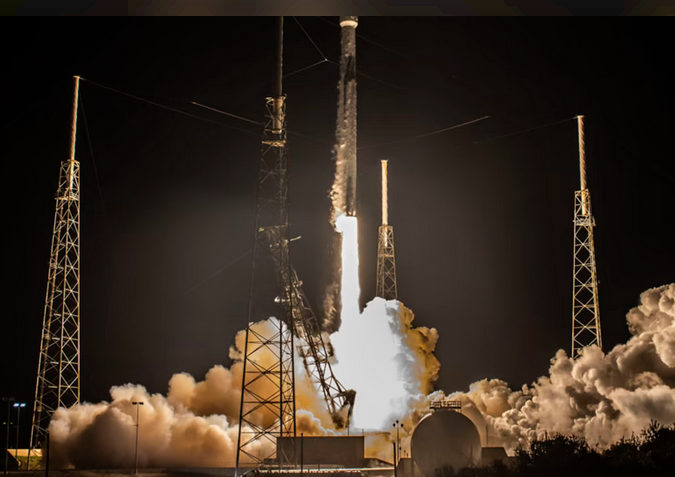 SpaceX performed a flawless launch for Eutelsat’s 13G Hotbird satellite from Florida in the early hours of November 3rd at 1.22am local time.

The SpaceX Falcon 9 first stage booster supporting this mission previously launched CRS-22, Crew-3, Turksat 5B, Crew-4, CRS-25, and one Starlink mission. After stage separation, the first stage landed on the Just Read the Instructions droneship, which was stationed downrange in the Atlantic Ocean.

The new satellite will join its sister craft Hotbird 13F which launched on October 15th.

Eutelsat says that the two satellites will replace the current three craft occupying the 13 degrees East orbital slot when successfully deployed. However, they will take some time to get to their slots. The two satellites are all electric and orbit raising will each take about 5 months.

The two Hotbird satellites will provide video broadcasting service to more than 160 million homes in Europe, North Africa and the Middle East.

Eva Berneke, Eutelsat Chief Executive Officer, said: “Eutelsat Hotbird 13G is now on its way to join Eutelsat Hotbird 13F at our flagship 13-degree East position. We also look forward to completing the GNSS network for our European Union long term customer and partner, the EUSPA. My congratulations to the Eutelsat, Airbus and SpaceX teams for another successful launch into geostationary orbit.”