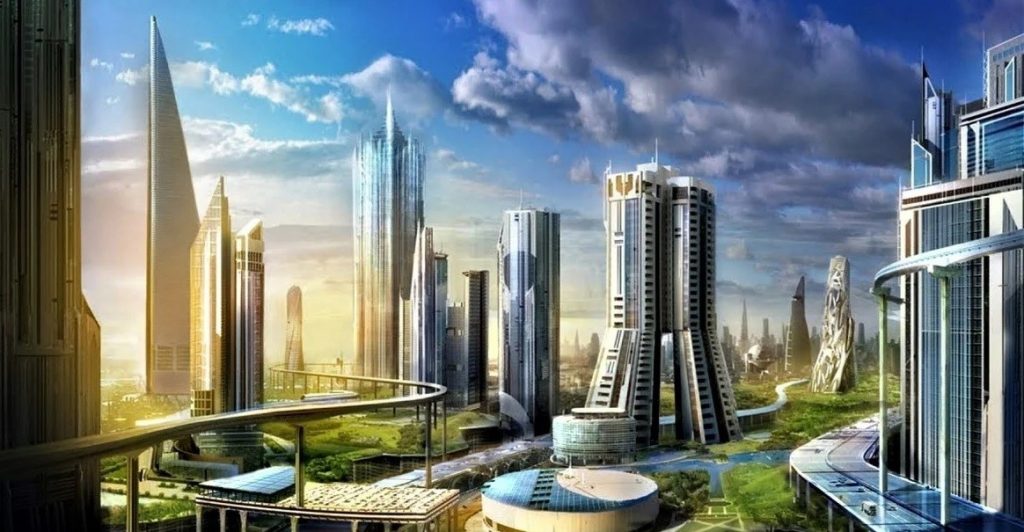 Satellite constellation operator OneWeb, itself in the process of merging with Eutelsat, is partnering with the massive Saudi Arabian ‘NEOM, city of the future’ currently under construction on the Gulf of Aqaba.

The massive $500 billion NEOM project, and its sister development the 170 km long linear city ‘The Line’, envisions totally green power and lifestyle demands as well as flying taxis, robotic avatars and holograms and each demand connectivity. The vision is for NEOM to eventually house 100 million people. The project is already reported to be employing 30,000 workers.

Hamad explained that 464 OneWeb satellites have now launched to 1200 kms and with 45 Earth-based gateways are already built, and with one gateway based in Saudi Arabia. He added that OneWeb had been present in Saudi Arabia since 2017.

Hamad said that as far as OneWeb user terminals they had various options already in use and were planning a unit for mobile usage.

The OneWeb relationship as well as providing WiFi over Saudi Arabia and specifically to the new city is also looking for backhaul satellite-based connectivity for mobile and 5G cellular usage. The antenna being used in the Kingdom is rated as being suitable for Saudi Arabia’s extremely high temperatures and handling 23 ms in latency.

Various practical tests have already been carried out with Saudi users over OneWeb satellites.

The remaining OneWeb satellite launches will be launched over the next two months.