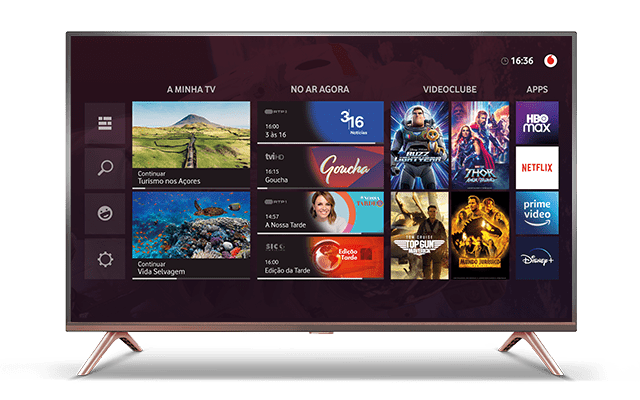 Vodafone clients can enjoy the promotional offer quickly, intuitively, and conveniently on their computers, smartphones, and a wide range of electronic devices.

“The arrival of Disney+ on our television service enriches our customers’ experience,” commented António Margato, Director of Consumer Marketing at Vodafone Portugal. “It offers thousands of films and series from the greatest storytellers and enables our clients to relive the adventures of the classics that have marked generations but also to explore the latest entertainment content. Additionally, this partnership reaffirms Vodafone Portugal’s leadership positioning as ‘The Home of Series’, being the only operator that includes promotional offers of the main streaming services available in the national market in its television packages.

“We are very pleased to celebrate this agreement with Vodafone Portugal to distribute Disney+,” added LuísFernambuco, General Manager of The Walt Disney Company Portugal. “It represents an important reinforcement of the partnership between the two companies, which includes the distribution of our linear channels, and will allow Vodafone customers to access directly on their TV platform the series, films, and all the exclusive content of Disney+.”

With Disney+, Vodafone customers will have access to, among many others, the Star Wars series Obi-Wan Kenobi and The Mandalorian; the Marvel Studios series She-Hulk and Loki; the film Turning Red – Strangely Red, from Disney and Pixar; or Walt Disney Animation Studios film Encanto. In the general entertainment area, subscribers can also watch series such as The Simpsons, Homicide, The Kardashians and the acclaimed series The Bear.