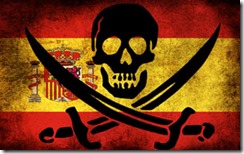 Agents from Spain’s Policía Nacional (National Police), in a joint operation with Europol, have dismantled a criminal network that allegedly distributed audiovisual content illegally to more than 500,000 users in several European countries.

The four individuals arrested operated from Malaga and used various web pages to advertise subscription packages made up of more than 2,600 television channels and 23,000 movies and series. In addition, they had more than 95 resellers located in Spain, the United Kingdom, Malta, Portugal, Cyprus and Greece.

The profits obtained, which amounted to around €3 million per year, were laundered by the organisation by acquiring movable and immovable property in the province of Malaga and diverting funds through Spanish companies to bank accounts located in tax havens. During the searches, the agents disconnected 10 routers – connected to 32 servers located in France, the Netherlands and Spain – where the illegal television content was hosted, and seized computer equipment, €2,800 in cash and two high-end value vehicles at €180,000.

The investigation began in 2020 following a complaint filed by the Alliance for Creativity and Entertainment (ACE), a coalition dedicated to protecting the dynamic creative ecosystem and reducing digital piracy. Initial police efforts identified the existence of an organisation that, since 2012, would be commercialising and distributing massively and fraudulently – through different companies – audiovisual content from different television platforms with conditional access to payment.

“ACE is proud to support the effective actions taken by the Spanish National Police and Europol against this illegal IPTV piracy ring,” said Jan van Voorn, Executive Vice President and Chief of Global Content Protection for the Motion Picture Association and Head of ACE. “We are honoured to continue our work with law enforcement agencies and other partners around the world in our crucial fight to combat large-scale piracy operations and protect the creative marketplace.”