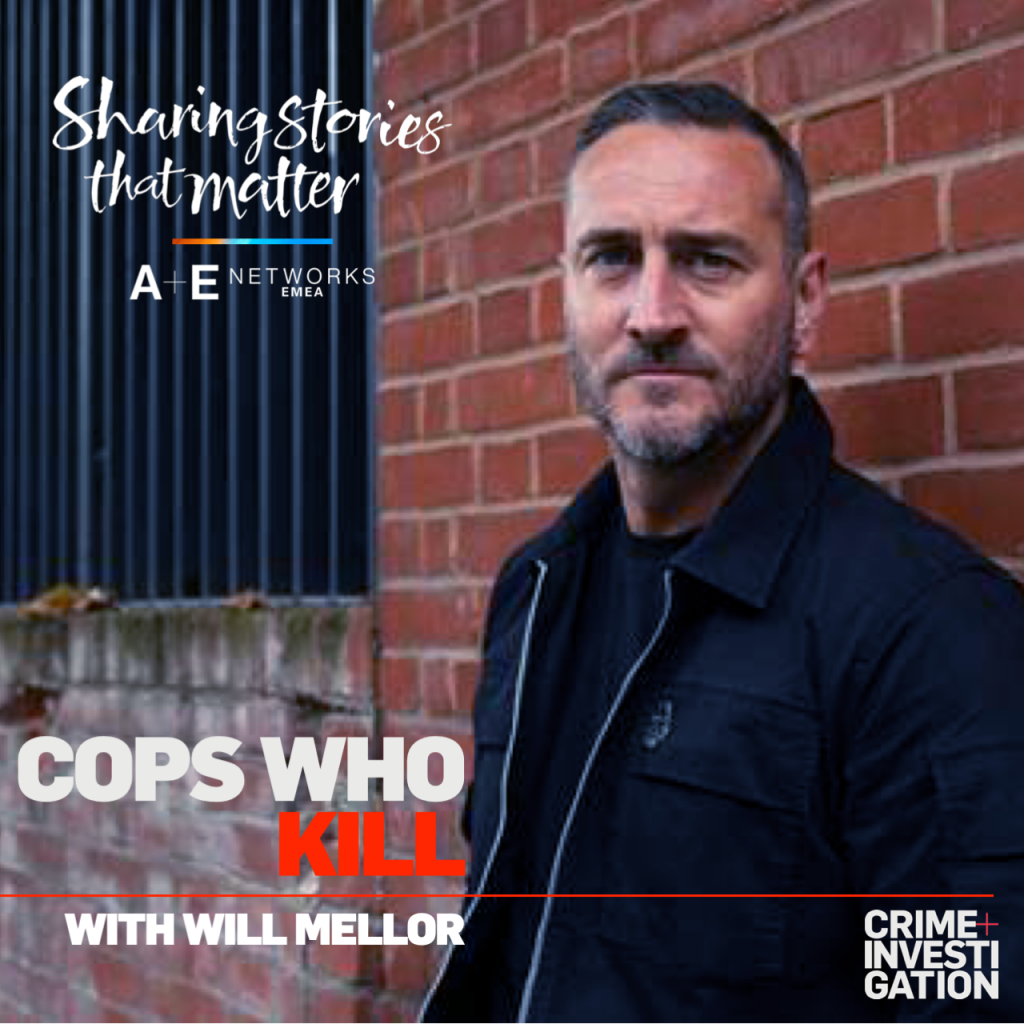 For launch on the second anniversary of the abduction and murder of Sarah Everard by a serving Metropolitan Police officer, a brand-new series, Cops Who Kill, will lift the lid on eight cases of murder and betrayal by police officers in Britain and around the world.

In each episode, TV personality and actor Will Mellor is joined by experts, including ex-Detective Superintendent Julie McKay, psychologist Serena Simmons, and ex-Murder Detective Howard Groves, to try to unravel how and why a police officer switches from law enforcer to lawbreaker, how they were finally brought to justice, and the horrendous consequences for all concerned.

Commenting on the series’ announcement, Will Mellor said: “Cops Who Kill is a really unique series as it analyses the rare cases where police officers commit murder. I was genuinely shocked by what unfolded in each case, and I really felt the devastation within the victims’ families and communities.’’

Diana Carter said: “Cops Who Kill is an intriguing and insightful exploration of some of the most high-profile murders committed by those in uniform in the UK and across the globe. We pride ourselves on sharing stories that matter; these cases have profoundly impacted society and the relationship between the public and the police. It’s important to revisit them and try to understand what went wrong in each case so that lessons can be learnt for the future”.

Caroline Short, Head of Regions at ITNP Productions, commented: “We are thrilled to be working with A+E Networks EMEA on such an important series. Cops Who Kill is unique in the way that it looks at the lasting effect that the most awful of crimes have on those closest to the victims, but also the wider community and society as a whole. With Will at the helm, ably supported by our team of experts, the series promises to be truly gripping viewing.”