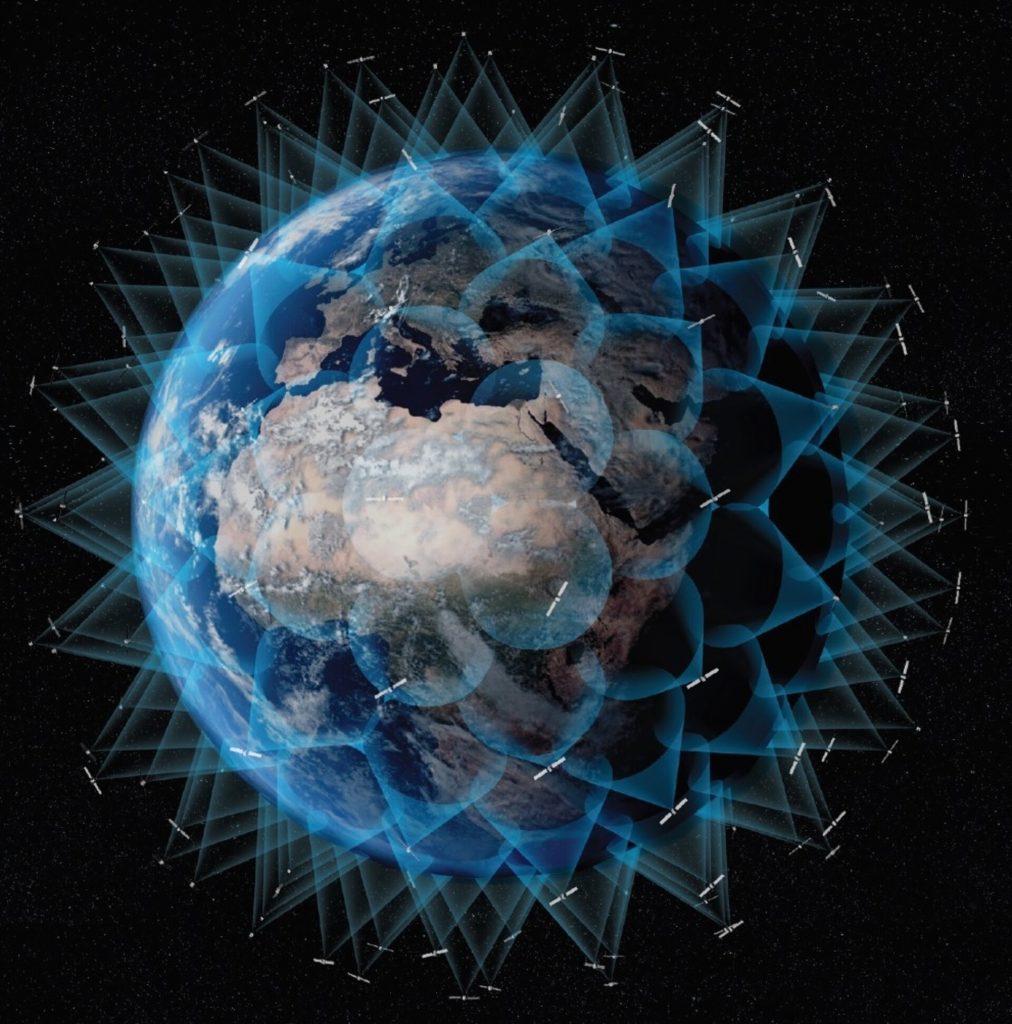 The EU has given the go-ahead for an independent European Low Earth Orbiting fleet of broadband and satellite navigation craft. The name for the project is IRIS2.

An EU ministerial conference approved the spend of €6 billion Internet system in order to ensure Europe’s security by reducing its reliance on foreign – that is non-European – suppliers of broadband satellite services.

Representatives from the European Parliament and the European Council, the grouping of 27 EU countries, agreed to a deal on November 17th.

The EC is prepared to invest €2.4 billion from various EU and European Space Agency projects and also use unspent money from other EU projects, while the private sector is expected to fund the remaining €3.6 billion.

While the initial fleet will be small – probably about six satellites – the eventual plan is to build and launch up to 170 satellites between 2025 and 2027. The intention is for Europe to have its own low Earth orbiting satellite broadband and sat-nav system which would provide back-up in emergency situations as well as bridging the ‘digital divide’ for homes and businesses with inadequate broadband services.

Having its own system will allow the EU to serve the whole of Europe with broadband and also cover Africa and the Middle East, and thus be a counter to Chinese and Russian competitors.

The new project would also be a counter to Elon Musk’s Starlink, the planned Amazon-backed Project Kuiper, Canada’s Telesat and its Lightspeed scheme, the UK/Indian (and Eutelsat) OneWeb system and around a dozen other private speciality low Earth orbiting services.

The challenge now is for the private sector to confirm their willingness to participate, and while there are two active consortia looking to be involved it is far from clear as to who might emerge. There is also the vexed question of the UK’s ‘golden share’ in OneWeb. OneWeb is in the process of being merged with Eutelsat. The EC has as recently as June 2022 said that it would not consider the Eutelsat/OneWeb unit as a participant in its broadband scheme.

MEP Christophe Grudler (Mouvement Démocrate, France), and the EC’s Rapporteur on the EU secure connectivity programme, declared: “Today is an important day for the EU space policy. For the first time, the European Union will have its own telecommunication constellation, in particular in low orbits (LEO), the new frontier for telecommunication satellites. Moreover, we set a strong example of this constellation, as it will be a model in terms of space and environmental sustainability. Now it is time to build these new satellites, and prepare them for launch!”