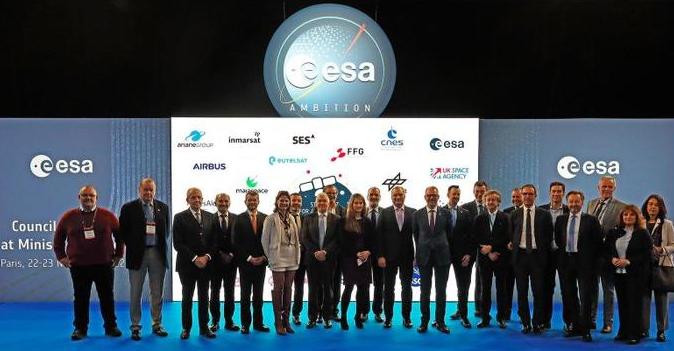 Ahead of the ministerial meeting due November 22nd-23rd, an agreement was reached between the EU Parliament, European Space Agency and EU member states to invest €2.4 billion ($2.48bn) in the proposed IRIS² low Earth orbiting broadband and sat-nav scheme.

The IRIS² (Infrastructure for Resilience, Interconnectivity and Security by Satellite) project will build and operate an EU mega-constellation to provide what it describes as a “sovereign, autonomous and secured connectivity infrastructure”.

Josef Aschbacher, ESA’s Director General, in a statement, says that two key texts in relation to the project have now to be agreed by ministers during their meetings but the overall policy for the constellation has been agreed. “Ministers can devote the two days to discussing how much each wants to invest.”

“IRIS² will provide advanced communication capacities to governments and business users, says an EU statement. “It will enable mass-market services and will make encryption capabilities available to its users. The IRIS² satellite constellation is the EU’s answer to pressing challenge of tomorrow, offering enhanced communication capacities to governmental users, businesses, while ensuring high-speed internet broadband to cope with connectivity dead zones.”

“The implementation of IRIS2 will follow an incremental approach with the ambition to deliver initial services in 2024 to reach full operational capability by 2027,” added the statement.

Ministers must now decide how they will finance their portion of the scheme. Then, a decision will need to be made as to who is given responsibility for bringing the scheme to fruition as regards the commercial participants in the project.