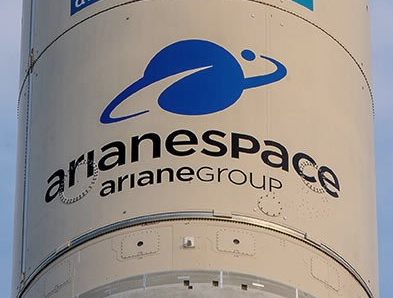 Rocket company Arianespace has received orders for five launches from the European Commission (EC). The orders come from the EC’s Director General for Defence, Industry & Space.

The French group said it will launch five Sentinel satellites between 2024 and 2026 for the Copernicus programme to provide Europe with reliable access to earth observation data. The launches are scheduled from Europe’s Spaceport in French Guiana.

“To support the European Union’s ambitions and to ensure its sovereign access to space is at the heart of our mission,” said Arianespace CEO Stephane Israel.

Timo Pesonen, Director-General of DG DEFIS, added: “Thanks to this new contract with Arianespace, the European Commission is securing Copernicus launches over the next six years. These launches will ensure that, with the support of ESA, the Copernicus constellation is replenished and new observation capacities are put into orbit. We look forward to this new partnership with Vega C and Arianespace, key for the implementation of the EU Space Programme.”

Sentinel satellites are part of Copernicus, one of the flagships of the European Union Space Programme, which counts among the leading Earth Observation systems worldwide. Copernicus provides continuous, independent and reliable Earth observation data and services to public authorities, companies and citizens. It presently includes seven dedicated Sentinel satellites: Sentinel-1A radar imaging satellite, Sentinel-2A and -2B optical imaging satellites, Sentinel-3A and -3B for ocean and atmosphere monitoring; Sentinel-5P enables monitoring the quality of air, while Sentinel-6 is monitoring sea levels.

Arianespace is Europe’s rival to Elon Musk’s SpaceX and is majority-owned by a joint venture of Arianespace and Safran.