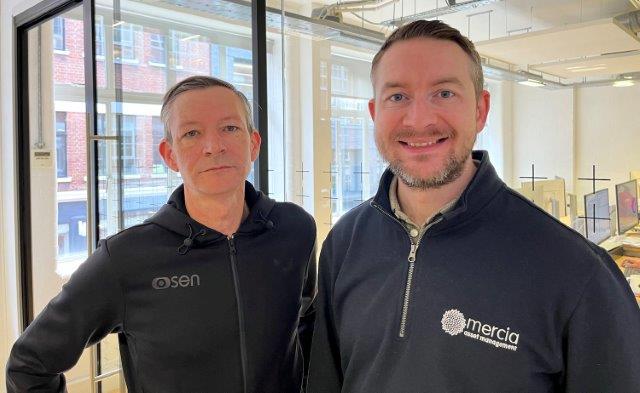 An entrepreneur on a mission to launch the world’s first service streaming live video from space has raised over £2 million in an investment round led by Mercia.

Charles Black’s company Sen aims to enable consumers around the world to watch free ultra-high-definition (UHD) videos of Earth from cameras located on its satellites and will also offer a premium service to commercial users.

Sen launched its first satellite in January 2022 and will release its app in the new year to allow users to view daily videos and livestreams of Earth. The latest funding will enable it to place orders for two more satellites in preparation for a Series A funding round early in 2023.

A lifelong space enthusiast, Black founded London-based Sen in 2014 after the flotation of his previous company Nasstar, a cloud computing business. After five years developing the UHD video technology, it was successfully trialled in 2019 when the first cameras were launched into space on a commercial satellite.

The company aims to build a constellation of over 100 satellites orbiting earth every 90 minutes to stream thousands of real-time and near real-time video clips every day. Sen’s free service will enable consumers to watch storms, fires, floods and other major events on Earth as they happen and learn more about planetary changes and help humanitarian organisations respond to disasters. The company will also operate a paid premium service for commercial users which want to download and analyse videos or commission Sen to film specific events or areas of interest.

Static images from satellites are widely used by governments, insurers and other big businesses for purposes such as weather forecasting, mapping or assessing storm damage. However, Sen’s service will be the first commercially available video service.

The latest funding brings the total raised by the company to over £7 million. Existing investors include US venture capital firm SpaceFund, which has also backed SpaceX and Axiom Space.

“By streaming real-time video to billions of people worldwide, Sen aims to democratise space,” commented Black. “Our service will raise awareness about planetary changes and support those directly affected by events on Earth. We will use Augmented Reality on top of video to provide additional insights to users tell the story and provide unique new perspectives for humanity. We’re delighted to welcome Mercia on board to help us achieve our goals.”

Mercia was investing from its Northern VCTs. Lee Lindley, from Mercia’s VCT, team said: “Sen is not only creating a new form of media suitable for mass consumption, but also expanding the ‘earth observation’ market by offering the unique qualities of video for data analytics. We are delighted to be supporting Charles and the team on their journey.”