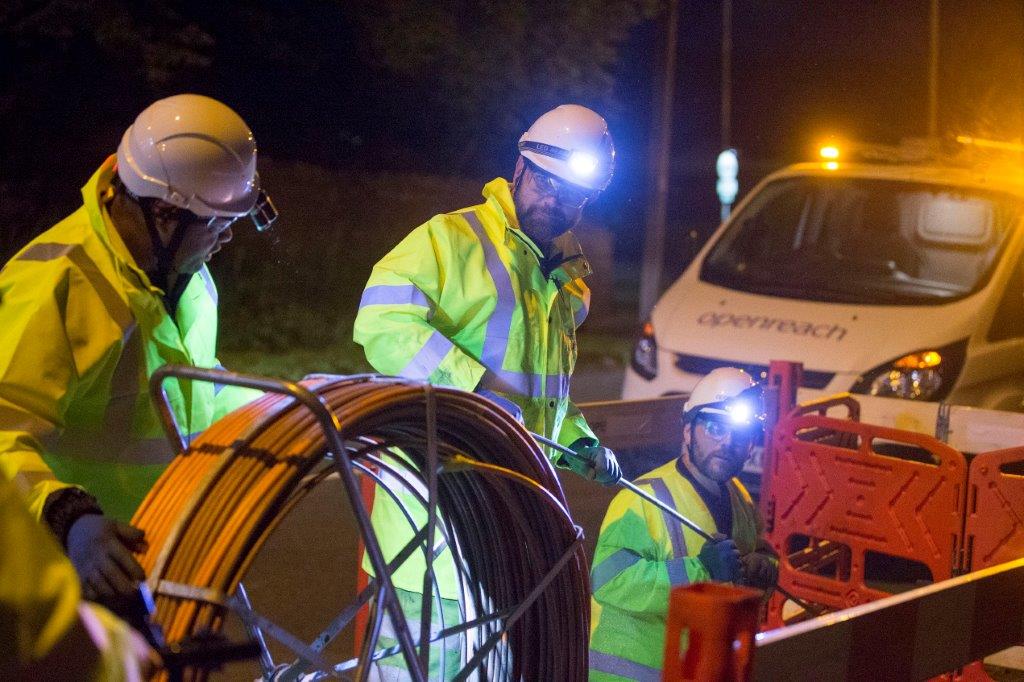 UK digital infrastructure provider Openreach has published updated, more detailed plans about where and when it is building ultra-fast, ultra-reliable Full Fibre broadband across the UK.

As part of its regular programme of build updates, Openreach has also announced 12 new locations where it plans to deliver gigabit-capable technology to a further 184,000 homes and businesses.

The locations are predominantly in London, with areas including Bayswater, Chiswick, Finchley, Holborn, Kensington Gardens, South Kensington, Leagrave, Pimlico, Skyport (including the area around Heathrow) Stratford and Wembley, as well as the village of Healing in East Lincolnshire.

Openreach has also updated its website to include a range of details about its largest commercial build programmes, giving more information about where and when the build will start in each exchange location, using one of five new simplified categories:

Overall, 2,800 towns, cities, boroughs, villages and hamlets are now included in the company’s programme. Openreach remains on-target to reach 25 million homes and businesses with Full Fibre by December 2026, and its new network already reaches more than nine million premises – including around 2.9 million in the hardest to reach ‘final third’ of the country.

Openreach is currently passing more than 60,000 new homes and businesses every week and 2.5 million homes and businesses have already connected to an ultrafast service using the new network. Demand continues to grow with record numbers of orders in the last three months.

“Over time, we’ve learnt more and more about building at a large scale, and we want our plans to be as clear and comprehensive as possible,” says Clive Selley, Openreach CEO. “So, we’ve adjusted our published build plans to hopefully make them easier to understand.”

“Despite the economic challenges, we’re now building this transformational technology to well over three million homes a year – and we expect to get to even more over the next 12 months. We’re going faster than any builder I’m aware of in Europe,” he adds.

The new look Openreach Full Fibre build plan brings together information on the expected timing of its major urban and rural build programmes providing a simpler view of when and where build is happening.  Timings are also now based around the calendar year and on when some customers can expect to be able to order the first services, instead of the previous financial year cycle from April to April.

Openreach will update the build information a minimum of every three months – including to adjust the timings of any areas that have moved back or been brought forward in the plan due to, for example, operational reasons. It will also continue to highlight when a location gets added or removed from the plan.

For the most personalised view, people can continue to use the Openreach Fibre Checker where they can submit their postcode details to find out what broadband connectivity is available at their own address.

The new map data will also show those exchanges where Openreach has stopped selling legacy copper-based products and services (where Full Fibre is available to order) because a majority of premises have access to ultrafast Full Fibre in an exchange area. So far, more than 670 exchanges have been notified as  ‘stop sell’ exchanges – covering close to six million premises, with just over three million of those premises in exchange areas where the sale of copper products has been actively stopped.