First-look at Death in Paradise spin-off Beyond Paradise 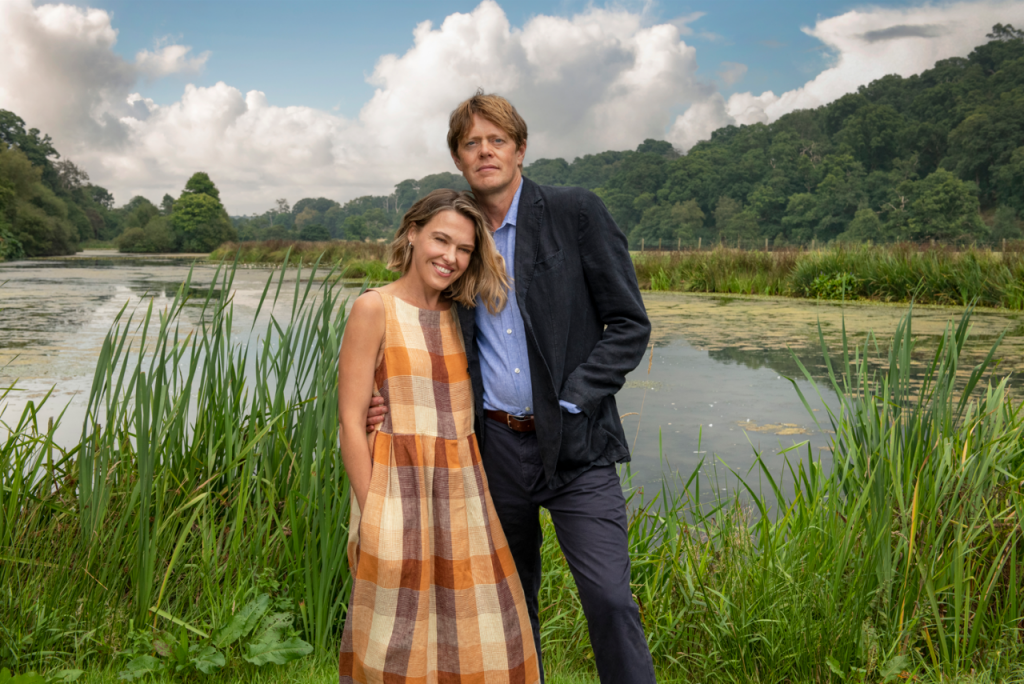 Red Planet Pictures has revealed a first-look image of Kris Marshall and Sally Bretton in Death in Paradise spin-off series Beyond Paradise.

Co-commissioned by BBC and BritBox International, Beyond Paradise follows DI Humphrey Goodman (Kris Marshall) and his fiancée Martha Lloyd (Sally Bretton) after their nail-biting will-they-won’t-they romance reached its emotional finale in Saint Marie in 2017. Viewers were delighted when Humphrey took control of his destiny and followed Martha back to London to declare his undying love for her.

A new adventure awaits as we find them arriving in Shipton Abbott, Martha’s hometown near the beautiful Devonshire coast, having left London. As they embark on their new life, the couple are quickly thrown in at the deep end as Martha sets out to pursue her dream of running her own restaurant and Humphrey joins the local police force. Quickly making an impression on the somewhat eclectic team; DS Esther Williams (Zahra Ahmadi), PC Kelby Hartford (Dylan Llewellyn) and Margo Martins (Felicity Montagu), Humphrey sets out to help crack a host of baffling cases, with the Shipton Abbott squad witnessing a whole new approach to police work…

Each week the team will be faced with a new crime with a unique puzzle at its heart. The not-so-sleepy town of Shipton Abbott will be rocked by an entire family disappearing without a trace, a woman claiming she was attacked by a suspect from the seventeenth century, the robbery of a highly prized painting, a body bizarrely discovered in a crop circle and a serial arsonist with a seeming distaste for local businesses.

As Humphrey gets stuck into his new job, he and Martha must also navigate life’s ups and downs, as faces from the past, the decisions they make and challenges of setting up life in a new town put their relationship to the ultimate test yet.

Created by Robert Thorogood and Tony Jordan, Beyond Paradise is a co-commission between the BBC and BritBox International and is produced by Red Planet Pictures, part of the Asacha Media Group.