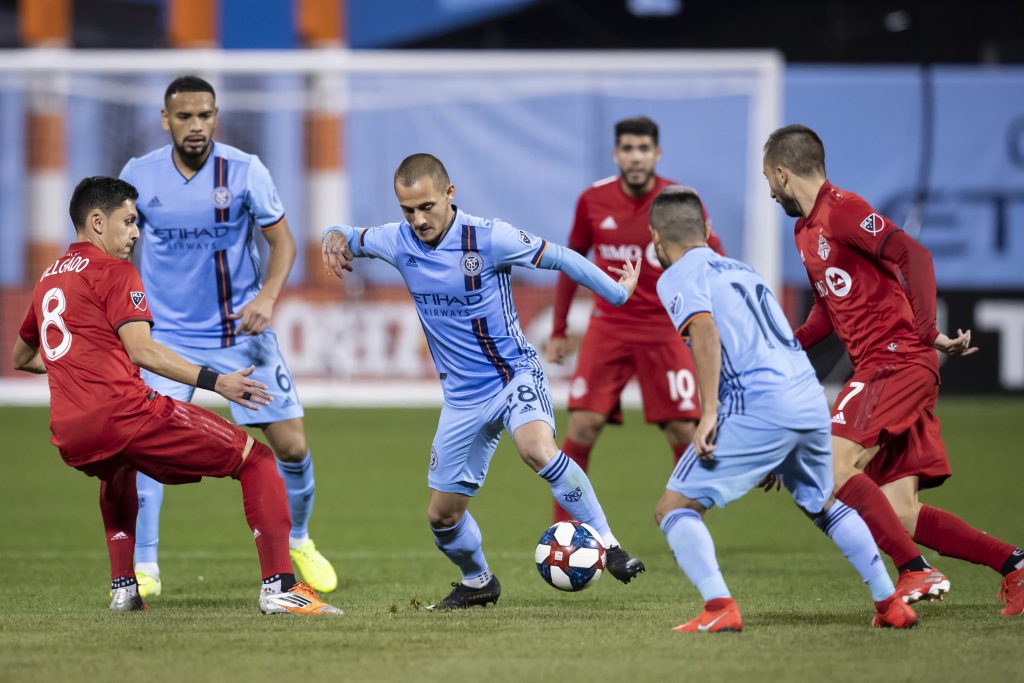 North America’s premier football league Major League Soccer (MLS) has agreed new four-year linear television agreements with FOX Sports and TelevisaUnivision in the US, plus TSN and RDS in Canada.

The deals run from 2023 through 2026, when the FIFA World Cup will be co-hosted by US, Canada and Mexico.

The agreements complement a transformative 10-year partnership between MLS and Apple, starting in 2023 with MLS Season Pass on the Apple TV app, where every live MLS match will also be available.

Subscriptions to MLS Season Pass start on February 1st, 2023. A selection of MLS and Leagues Cup matches, including some of the biggest playoff matchups, will also be available at no additional cost to Apple TV+ subscribers.

“We are proud to continue our partnerships with FOX Sports, Univision and TSN, and we are pleased to have MLS matches on RDS in Canada,” said MLS Commissioner Don Garber. “These broadcast industry leaders continue to demonstrate their deep commitment to MLS and soccer.”

“Our linear agreements, along with our partnership with Apple, are the culmination of a series of collaborative discussions to provide our fans with the most expansive and accessible line-up of programming MLS and our sport in the US and Canada have ever seen – and by a significant margin.”

Continuing the sustained and substantial growth of both MLS and football in North America, the agreements will run through 2026, when the FIFA World Cup will be hosted by the US, Canada and Mexico. FOX Sports, TSN and RDS will also air broadcasts in the US and Canada for the FIFA World Cup in 2026.

MLS has a lengthy history with each of its linear partners, all of whom have played central roles in the continued rise of the league and sport. TelevisaUnivision is an original League partner from the inaugural 1996 season; TSN since 2011; and FOX Sports since 2015 (as well as from 2003 to 2011). RDS was previously a league partner from 2011 to 2017.

“We’re proud to extend our longstanding partnership with Major League Soccer at a truly exciting time for the sport here in the United States,” declared Eric Shanks, CEO & Executive Producer, FOX Sports. “There is no soccer league in the world better positioned for growth and with FOX’s unrivalled reach we are fired up to be a part of it.”

“We look forward to continuing our long-standing partnership with Major League Soccer to deliver an extensive line-up of regular season and playoff coverage across TSN and RDS, culminating with MLS Cup,” commented Shawn Redmond, Vice-President, Bell Media Sports. “With this agreement, we will continue to serve Canadian soccer fans in both English and French with comprehensive live coverage on TSN and RDS, showcasing our fan-favourite Canadian teams every week throughout the season.”

“We are thrilled to continue our partnership with Major League Soccer and bring our viewers the excitement of the 2023 Leagues Cup,” said Olek Loewenstein, President of Global Sports Business of TelevisaUnivision. “As The Home of Soccer, fans can count on our networks and platforms to deliver comprehensive coverage of the biggest leagues and rivalries in North America.”

MLS plans to announce the complete 2023 match schedule before the end of 2022.