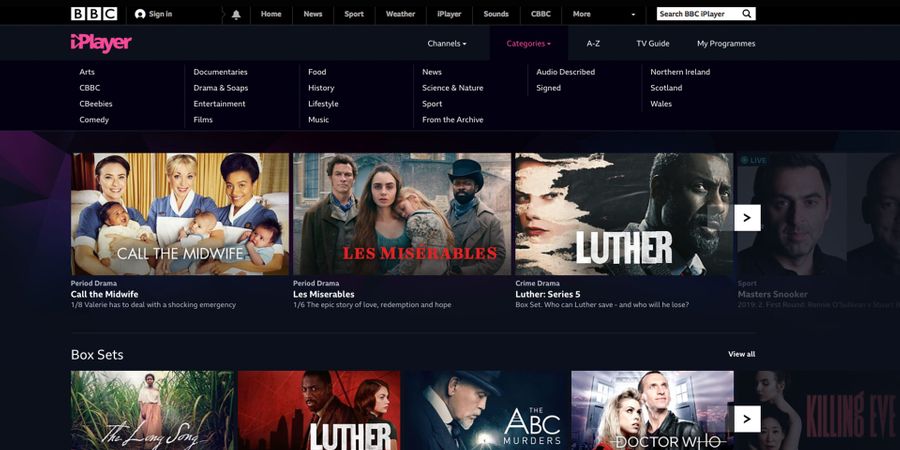 The BBC’s key digital products are performing well, according to the National Audit Office (NAO), the body that scrutinises public spending for the UK Parliament. To achieve its digital ambitions, the BBC will need to further develop its ‘digital-first’ plans, and consider whether it has sufficient resources to deliver its vision, says the NAO in its report, A Digital BBC.

The BBC views digital services as essential to its long-term future. It has a range of apps and websites, and is in competition both with traditional television and radio broadcasters, and with online providers and services. In May 2022, the BBC announced a new ‘digital-first’ approach, focusing its resources towards content that appeals to audiences who choose to view it both live online, and on any device at any time. In December 2022, the director-general expanded on this, setting out the need for the BBC to plan for a digital-only future.

The BBC has less funding available to develop digital products than most other media organisations, many of which are digital only. Its overall spend in this area has fallen from £109 million (€127m) in 2018-19 to £98 million in 2021-22 in real terms. Netflix, for example, spent £1.7 billion on technology and development in 2021. As a result, the BBC’s products have been developed at a slower pace, are less technologically sophisticated, and it has not always been able to take advantage of technological innovations. The BBC is pursuing its digital ambitions while also maintaining traditional broadcasting as it must continue to fulfil its universal service commitments.

Despite these challenges, the BBC’s digital products are performing well against better-funded media organisations. In 2021-22, most of the BBC’s digital products achieved their targets. The BBC now plans for its digital services to be within at least the top three for market share in the UK in five years’ time. To achieve this, it needs to continue to attract audiences in a fast-moving global media environment, where new technology and competitors can emerge quickly.

The BBC has a solid foundation to build on in delivering its digital-first ambitions. It has clearly set out its vision for using digital technology and data to improve the service it offers, and set itself an additional goal in 2019 for the BBC to become a ‘valued daily habit’, with viewers accessing its services at least five days a week, for at least five hours across the week, on at least two different modes of communication. The BBC believes that its digital services will increasingly contribute towards this goal. To deliver this, the BBC has carried out a strategic technology review, and made changes to its digital operations model to bring it more into line with industry standards.

The NAO found that the BBC’s digital leadership needs to evolve to deliver its strategy more effectively, and accelerate its digital growth. The BBC recognises that it needs to make continued improvements in this area, and is improving the information on its digital activity that is received by its executive committee. The NAO found limited evidence that the committee is providing sufficient challenge in return.

Greater personalisation of services is an important element of the BBC’s future plans, with a target for 72 per cent of digital product views coming from signed-in users by 2023. It has made progress in rolling out sign-in to its services, but has not yet produced an overall plan for what personalisation means in practice. The BBC’s increased use of personal data exposes it to potential reputational risks, if it does not meet best practice in acquiring, storing and securing personal data, and being transparent about its use.

The BBC has announced that it will invest approximately £50 million extra annually on digital product development by 2025, but its internal plan to support this lacks detail and the BBC is yet to finalise the budget for its digital-first strategy. The BBC has taken steps to get greater value for money from its technology spending, but now requires a better understanding of where investment in digital products will have the greatest impact.

The BBC faces difficulties in recruiting and retaining specialist digital staff. Although the BBC has successfully managed to retain and recruit highly skilled individuals in key digital positions, the staff turnover rate in the product group was 23 per cent as of June 2022. The high number of vacancies is slowing technical development, for example, the BBC cannot develop its search function further as the team is not at full strength. The BBC keeps its pay levels under review, including through industry benchmarking, but pay levels are lower than some other potential employers for technology professionals.

The NAO recommends that, in the light of its 2022 licence fee settlement, the BBC should develop a realistic, more detailed digital investment plan to support its digital-first ambitions. It should develop its digital leadership and governance structures to ensure sufficient challenge to the corporation in terms of digital costs, opportunities and the long-term implications of decisions. The BBC should also set out how it plans to develop its personalisation strategy, including how it will manage the increased data risks.

“The BBC faces a number of challenges in developing its digital offering, and its products are performing well compared to other, better-funded, media organisations,” notes Gareth Davies, the head of the NAO. “Stronger digital leadership structures in particular will enable the BBC to make the improvements it needs to its approach, if it is to maintain this success in a fast moving, global media market.”

“The BBC should be commended for the performance of its digital platforms, such as iPlayer and Sounds,” states Meg Hillier MP, Chair of the UK House of Commons Committee of Public Accounts. “It is competing against much better-resourced media organisations. However, if the BBC is to deliver its digital ambitions it cannot be complacent. It is operating in a rapidly evolving global media market. The proof will be in the pudding, and it has its work cut out. To guard against being left behind, it needs to improve its governance and leadership of digital services.”